I used to be great at email, but as of late I have become absolute rubbish at it. Unless it is work related, I have noticed I have an annoying habit of procrastinating replying to any and all emails. Unless you have a simple yes/no question, or you luck out and ask me about something I’m actually working on at the minute, chances are I won’t get back to you very fast. The more typing I might need to do in order to answer your email fully, the less I feel compelled to do it on the spot. I tend to put away the “labor intensive” emails for later. Some emails stay there for so long that they get pushed off the front page of my inbox, and then they are almost as good as lost. Right now my Gmail tells me I have like 4 unread emails in my inbox, but the only way for me to ever locate them is to do a label:unread label:inbox search.

Back in 2007 I marveled at the fact that my students were not very keen on email. Back then it seemed so strange to me that they would eschew this wonderful open communication platform and instead rely on inferior and less convenient and reliable stuff like texting and social networks. Of course back then I owned a flip phone (so typing text messages was tedious) and the primary social network of note was MySpace so it is not hard to see why I was so surprised. Turns out that they were on the right track all along. 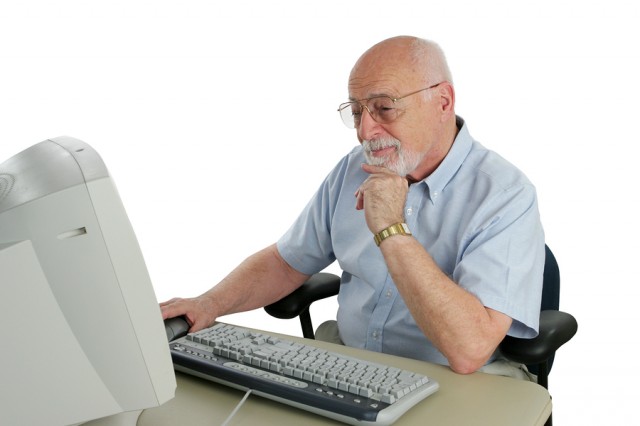 I’m pretty sure this is the mental image young people get when someone mentions emailing.

I mentioned this before, but young people have this uncanny ability to instinctively feel which way the wind is blowing long before we old timers even register a slight breeze. They either detect nascent trends or shape them. Whereas we have advantage of knowledge and experience, they have an unique type of wisdom fueled by their wide eyed innocence. This is why Dr. Who always has young people accompanying him on his adventures.

These days my phone is probably faster than the computer I had back in 2007 and gives me instant access to all my social networks. I’ve gotten pretty good at typing long messages, copying and pasting or generally doing things with the iPhone keyboard. So as long as it is not something like a 6 page essay, I typically don’t mind just typing it with my thumbs. In a way, access to a smart phone 24-7 has changed the way I interact with people.

Having access to broadband internet from anywhere at any time has changed how we communicate quite drastically.

For one, I can’t remember the last time I sent out a “social” type of email to anyone I knew IRL. Granted I still do correspond with internet folks via email from time to time, but for close friends and family members texting seems more immediate and intimate form of communication. In the recent years we seem to have developed certain stratification of communication pathways. Email has evolved from general purpose platform to sort of a formal, indirect and business-like interactions. Email is your public contact – you put it on your website, on your business cards and in various directories. That’s how strangers who don’t know you can address you without violating your privacy.

Your personal cell phone number on the other hand is typically off limits to the strangers. You give it out mostly to people you know well, and want to interact directly. Thus texting evolved into an informal, intimate communication channel that implies mutual trust and some degree of familiarity between both parties.

Between these two extremes lie social networks. Granted, these are as much image crafting platforms as they are communication tools. In many ways they blur the lines between narcissistic self aggrandizement and actual social interaction. It is all to easy to use these tools to talk at people, instead of to them. Still, it would be silly to deny the fact that they do in fact facilitate social interactions quite efficiently. Despite their flaws they do act as yet another layer of communication. And it is perhaps because of these flaws they offer different kind of interaction that is very much unlike email or text messaging because it tends to be either public or semi-public. 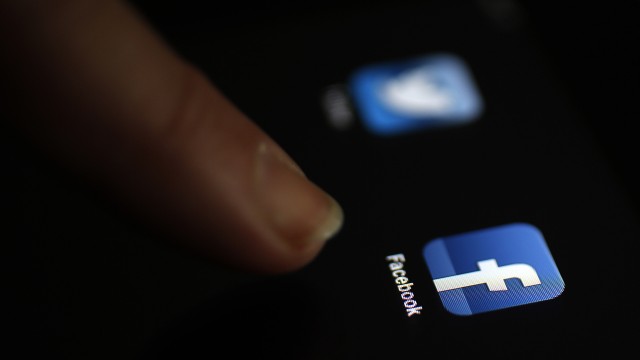 Social Networks are more relevant than ever now that they are merely a touch away, anywhere at anytime.

There is clearly very visible stratification among the popular social networks. Twitter, for example is almost completely public facing. Most of its users keep their profiles open and world-readable and follow/are followed by both friends and complete strangers alike. Most conversations tend to be publicly visible to everyone on the internet, regardless of whether or not they are part of your social network. In a way this makes Twitter more indirect, but also more informal that Email. The built-in constraints of the medium facilitate quick, witty exchanges over long-form thought out epistolary.

Facebook on the other hand tends to be much more inward focused and private. It is a walled garden in which you only interact with select network of friends and have a degree of control over how public the information you are posing is going to be. Conversations are much more direct and intimate than on Twitter and at the same time, unlike email, they tend to be very informal. Facebook is where you share your baby pictures, party pictures or baby party pictures (I think that’s a thing – I’m not sure).

Google+ seems to be somewhere at the intersection of Facebook and Twitter but it is hard to say how exactly it is used because it is so much smaller. The people I follow on there are mostly smaller and bigger internet personalities who treat it as yet another content delivery platform. That’s precisely how I use it too – I use G+ to link to interesting technology articles. That’s not necessarily a conscious choice – it’s just how things worked out, seeing how so few people I actually know or recognize are on that network.

Back in 2007 I posted a poll in which I asked you what is your primary mode of electronic communication. Back then almost everyone agreed that email is by far the best. I figured it would be interesting to see how things have changed since then. How are we communicating in 2013?

When it comes to public communication, I noticed that I am by far most likely to respond to tweets these days. I’m not exactly sure why, but that channel is probably your best, most direct way to get my attention. If you tweet at me or send me a DM chances are you will get a response almost instantaneously. It probably has something to do with the enforced character limit on all Twitter communications. I know that I will never have to type more than 140 characters, so I can commit to a response immediately. In a worst case scenario I will end up sending 3-4 tweets to fully explain my point, but rarely more. Conversation is done asynchronously, in very short effortless bursts. It doesn’t monopolize my attention and requires merely a momentary context switch.

Of course if you happen to have my cell phone number, then text message is even faster and you are guaranteed a response. On Twitter you can easily get away with not replying to people – it’s just how the network works, and most people don’t get upset if you don’t ping them back. Same goes for emails. Hell, with emails you always blame the spam filter (sorry, your message went into my spam folder) and get away with not replying for like a week or two. Ignoring text messages on the other hand is considered rude. Especially if you are using iMessage which tracks delivery/read times. Thus they are better suited to private conversations, and things that require immediate response.

While I still do quite a bit of emailing, I think that it is no longer my primary mode of electronic communication. Twitter and text messages have almost completely replaced email for informal, day-to-day interactions. How about you?


11 Responses to Digital Communications in 2013