This video cracked me up. Click on the image to get to the vid: 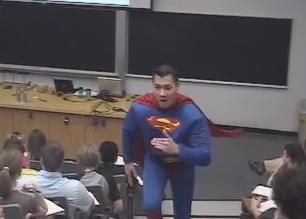 Sigh… How come no one does silly stuff like that at MSU?

This entry was posted in geek humor and tagged video. Bookmark the permalink.


2 Responses to Superman in College