You probably know this already but let me reiterate this for you: The Pirate Bay – a group of Swedish torrent tracker operators, webmasters, and the founders of the first Pirate Party in the world want to buy Sealand – a small WWII gun platform off the cost of Englad which declared independence and became a sovereign nation. 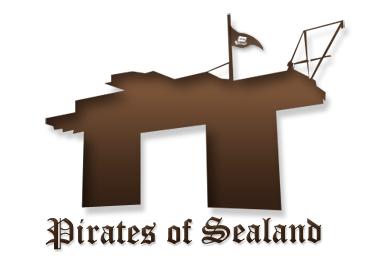 My reaction to this: holly fucking shit awesome!

Ever since the Sealand story surfaced on the internet we have been talking about this sort of thing. Every geek out there dreams of a nation with no copyright law, no patents and no rules that would constrain creativity and free exchange of ideas. A place in the world where you can put your torrent website, and host some trackers without fearing of being raided by the police. A place where the technologically minded elites would make the rules. If TPB manages to scrape enough cash, and buy this old platform this dream of our own little safe heaven nation may come true.

Of course some people claim that Sealand survives only because so far it has been flying under the radar, and Great Britain simply had no reasons to enforce their territorial rights. TPB creating a file sharing hub right of the coast is high profile though, and may turn out to be a thorn in the side of all the copyright natzis out there. The pressure from American entertainment industry and their lapdogs (the US government) may actually be a good enough excuse to send bunch of armed marines to the platform and retake it.

Would the world care about England wiping a file sharing enclave off the map? I don’t know. So far the status of Sealand is not certain as it has not been officially recognized by any nations. It will be interesting to see how it unfolds.

Whether they succeed in buying Sealand or not, this seems to be a great PR move for Piratebay and their budding political party, and a nice way to make some extra cash from advertising and donations.

This entry was posted in news & current events and tagged copyfight, p2p. Bookmark the permalink.