Boston shuts down because of Mooninites

You know, I sometimes forget that people are generally a heard of fucking sheep. On average, we are so fucking dumb I’m amazed we can actually maintain this thing we call civilization. Case in point: 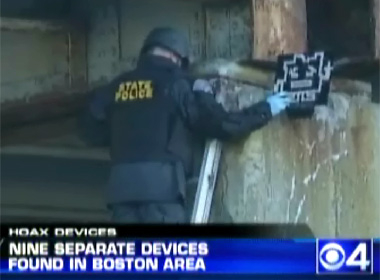 Yup, it’s a policeman “disarming” an blinking LED sign featuring a Mooninite. Apparently, the retarded monkeys that inhabit Boston decided to shut half of the city down, because they saw a blinking light on a bridge or two, while the homo sapien part of the population was busy actually doing meaningful stuff (ie. not calling 911 over stupid bullshit). After all, every one knows that a terrorist bomb from Al Queda has bright blinking LED and a little cartoon dude flipping you the bird, right? And you can totally blow up a bridge with a flat circuit board and some AA batteries. Seriously people – how do you guys deal with Christmas over there? It must be freak out central around that time of the year.

Congratulations Boston – you win the award in total fail of the year.

Of course this is a total win for Aqua Teen Hunger Force – they get national coverage, and a spot on evening news on almost every channel. All because Boston authorities can’t tell a bomb from a promotional sign. Awesome job guys!

Heh! I’m not the only one who is amused by the stupidity here (⇒ Joe and the Monkey Comic). 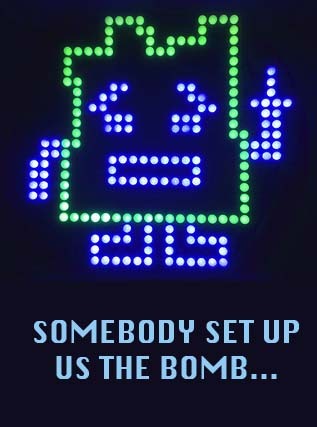 This entry was posted in news & current events and tagged rant, wtf. Bookmark the permalink.


7 Responses to Boston shuts down because of Mooninites