I’m so excited for season 4 it’s not even funny. This official teaser video is made out of awesome:

Oh, and in case you wondered, the Casimir Effect is real. From wikipedia:

In physics, the Casimir effect or Casimir-Polder force is a physical force exerted between separate objects due to resonance of all-pervasive energy fields in the intervening space between the objects.

What is “the shift”? Why is there a countdown? What happens when the bunnies touch each other? Why is this frame in there: 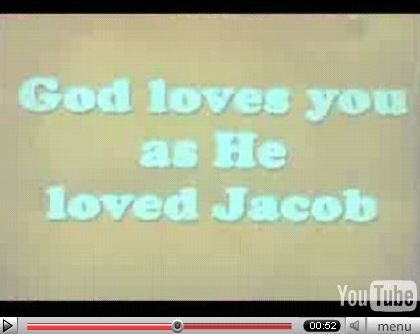 So many new questions! I heard a theory that this is time-space shifting and that the same thing was done on a island-wide scale to shift it out of the physical plane or something. The button in the swan hatch was re-setting the shift to prevent the island from going back or something. Also, the Locke is Jacob crowd keeps calming that the event in Jacobs hut was caused by the Casimir effect of two Locke’s from different time lines coming into close contact.

Or something like that. We’ll probably never know. LOL