Holy fucking shit! I found a new one!

As far as I was concerned there were currently only two shows on TV worth my attention. They were Lost and Battlestar Galactica. Sadly, both of them are currently in between seasons. So I have been searching for another show that would entertain me in the meantime. And since there seemed to be a lot of buzz about Heroes lately I decided to check it out.

I know what you are thinking – isn’t this that show about the kids with super powers? How good can it be? I mean, they didn’t even license any superheroes from Marvel or DC – they are all, like generic and shit. I know, this is the same thing I was thinking. I mean, I don’t hate the super-hero genre. I go to see every single Marvel and DC licensed Hollywood movie out there. And I cry tears of bitter disappointment almost every single time. Sometimes, they get things right – sometimes they fail miserably. But it’s always exciting to see your favorite comic book heroes on the big screen.

Yes, Heroes is a show about people with super powers. But it’s far from being a campy comic book romp that I expected it to be. It is a really a great show. I decided to watch just the pilot episode, and next thing I knew it was 3am in the morning, and I was on episode 5, contemplating if I should catch few hours of sleep before work, or watch another one. Last time something like this happened to me was when I started watching Lost.

If you are not watching Heroes, you need to go and get the pilot episode right now. Rent it, Netflicks-it or download it – whatever. Yes, go pirate it! By the time you watch it, you will be ordering the Season 1 boxed set anyway, so it really doesn’t matter. 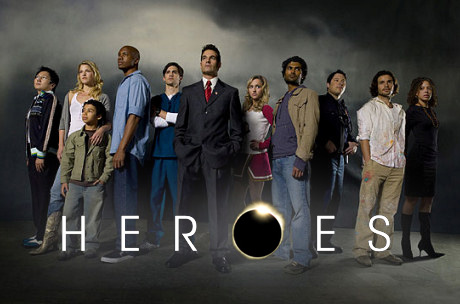 Ok, stop reading this how. Do Ctrl+T, type in the address of your favorite Torrent site, hit Search and then type in “Heroes S01E01”. Go! I’ll wait. You really want to have it downloading in the background while you are reading the rest of this post.

What are the things that make great TV? There are several things that rank highly with me, and Heroes has it all. Good writing, mystery, suspense, exceptional acting and compelling characters that you actually care about. And surprisingly enough, despite the premise (let’s face it – super hero stories have been done to death), the show remains fresh and original.

It’s not about some super powered team a la X-men. The show is about ordinary people who discover strange, sometimes scary powers and are forced to deal with them. Some embrace them, some resent them, and some have their lives ruined. At the start none of the characters know each other but it seems that their destinies are intertwined, and they are all connected in some way. Add in a shadowy, anonymous serial killer targeting “heroes”, a mysterious organization that seems to track and kidnap powered people for unknown reasons, a cataclysmic doomsday scenario looming in the future and you kinda get what the show is all about. And there is plenty of suspense – in fact almost every episode ends in a mini-cliffhanger that keeps you guessing and wanting to see more.

Oh, and there is also Hayden: 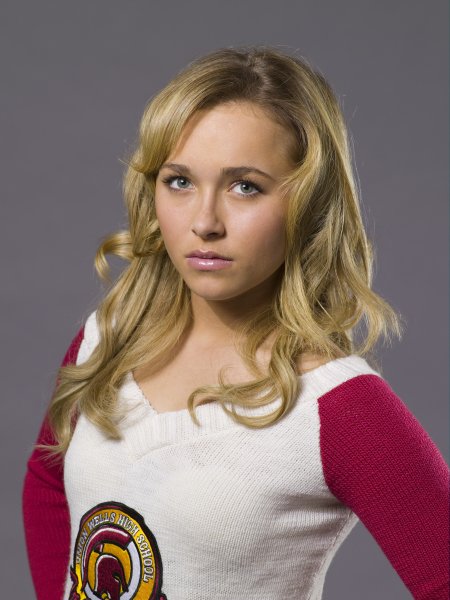 Save the cheerleader, save the world! That’s how we roll.

Yes, I’m excited about this show. It’s one of the very few things on TV right now that I like. I still have long way to go before I’m all caught up. I’m currently around 12 episodes into the series, so please no spoilers in the comments.

If you post spoilers, I will find out where you live and kill you in your sleep!

This entry was posted in tv and tagged superhero. Bookmark the permalink.