I started playing Episode Two today. I was excited because Episode One was awesome so my expectations were high for this title. Unfortunately, my first impression was not a very good one. Immediately after launching the game, it would crash with the following error:

Googling around didn’t help as much as I hoped for, since just about every single person who encountered this error (I’m not alone having this issue) found some kind of unique fix of their own. I did follow one suggestion which recommended extending the maximum size of the page file in Windows. I set it to the maximum value of 4GB and then rebooted my machine. Curiously enough this worked. If you encounter a simillar issue, try setting the max size of your page file to a higher value.

The game picks up right after Episode One, and once again you somehow managed to lose all your weapons and you start bare handed. You and Alyx must now find your way to White Forest station which means a trek through some deserted rural areas full of zombies, ant lions and all kinds of other threats. Alyx’s role is diminished as opposed to Episode One because she gets incapacitated pretty early on. As a bonus, you get to work alongside some NPC’s that do not die like flies. You even hook up with some Vortigaunts who now pack a mean punch. 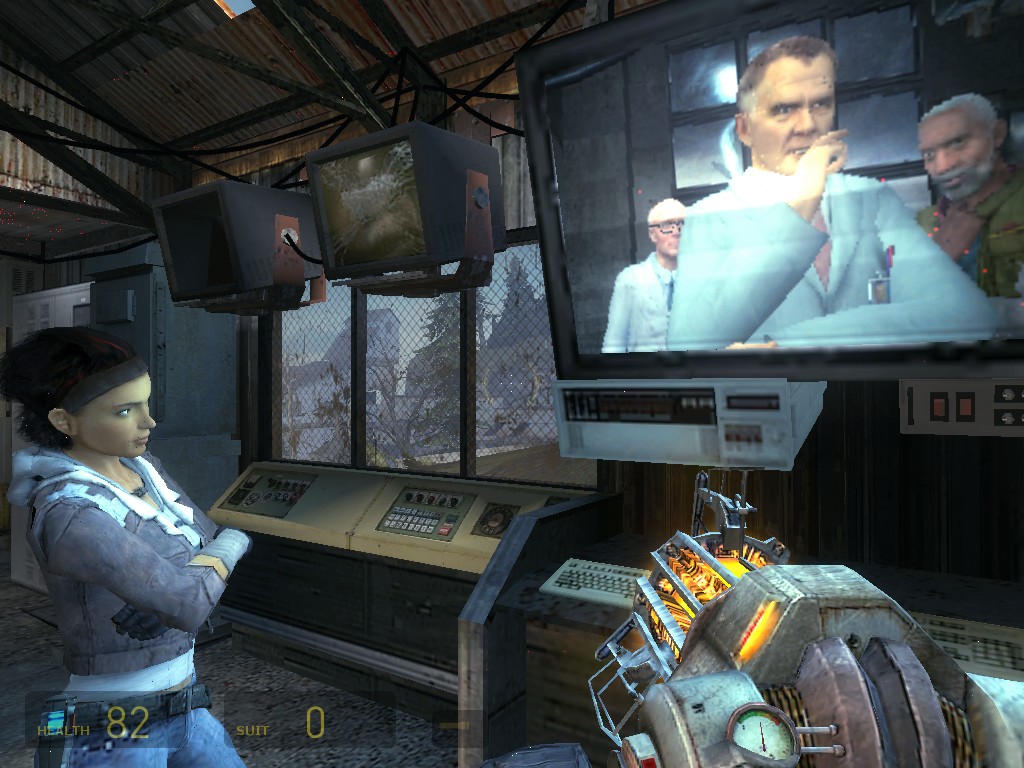 Oh, and by the time you finish the game, you will feel like you have gained some invaluable insight into the life cycle of an Ant Lion colony.

I saw some new HUD tweaks. Episode One introduced the ammo and health bars on the crosshair, and now Episode Two moved the flashlight to it’s own HUD item. It’s actually nice because it seems that it has it’s own internal battery now, allowing you to run and/or swim with the light on, without exhausting it.

So far I like it. I’m only about an hour or two into the game, but it’s already interesting. I will write more after I finish the game.