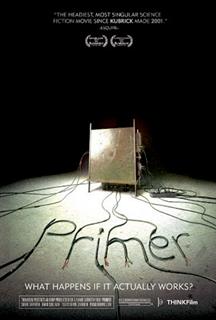 Some time ago, Freelancer recommended Primer to me somewhere in the comments of this blog. I don’t recall the exact post, but the movie landed on my “to watch” list. I just wanted to say, thanks a lot buddy – you practically broke my brain with this thing. I watched it few weeks ago and I still can’t figure out what in the Holy Fuck happened in that movie. Some movies suffer from plot holes – this one suffers from plot recursion. It is essentially a macro story, that overwrites itself in real time, recursively. Which is not really a bad thing – it is a good thing, but holly shit – it does take you a while to figure it all out.

But let me start from the beginning. Primer is a movie about a time machine. Yes, it is an overplayed cliche that was exploited by Hollywood millions of times. But Primer is not a Hollywood production. It is an indie movie with a a total budget of $7,000. With a budget that tight, you know that the story must be good for the film to make any kind of impact. You know that Primer made an impact, because it has been released on a DVD, it is on IMDB and it has it’s own Wikipedia page that was not taken down by the relevance natzis.

As you may expect, the time travel depicted in Primer does not look spectacular in any way. The time machine is essentially a box. You turn it on, wait 6 hours then crawl into it, wait another six hours. After that time you emerge from the box exactly 6 hours earlier and you get to re-live them. If you are confused, here is a picture I lifted from Wikipedia: 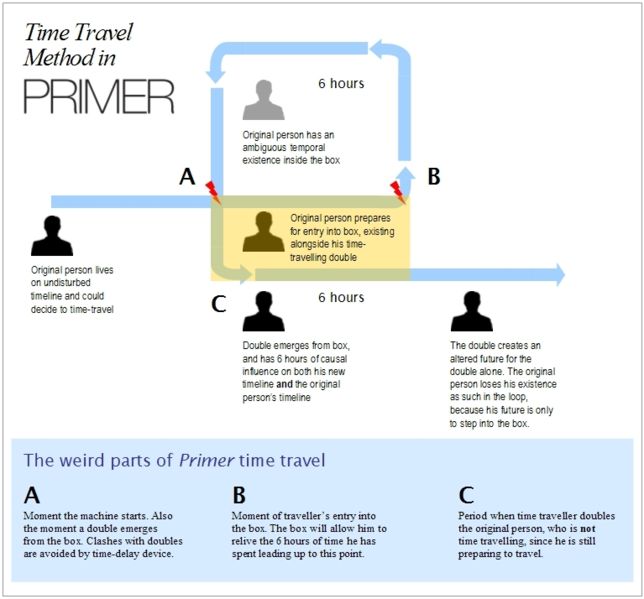 If you still don’t get it, re-read that sentence few times, and do few loops around the picture. It will get clear eventually. The gist is that the machine lets you go 6 hours back in time but only if it has been on for that 6 hours. The protagonists build it in their garage, and then decide to test it. At first their test are innocent – they buy some stocks, bet on a ball game or two and etc. They do it to see if it is even possible to change the future this way. And it turns out that it is. Then something happens in their personal lives, and one of the characters decides to use the machine to fix it. He also discovers that the machine can be stacked (box inside of a box) to travel even further in time. What follows is a logical but jumbled series of events caused by two protagonists using the time machine to independently modify the time line, back stab each other and try to figure out mysterious events caused by their own interferences. The problem is that what we see is the merely the latest “version” of the movie time line. There are things happening on screen that make no sense until you see the characters going “into the box” much later.

What compounds the problem is that at multiple points the protagonists catch onto their own meddling, and change their minds about it creating logical paradoxes. The time line is effectively fractured into at least 8 distinct continuities – if not more – each of which interacts with and modifies the previous. I’m still not sure what exactly happened in the movie but I sure as hell enjoyed the ride. I’m not the only one. Google for primer timeline and you will see just how many people out there are arguing over minutiae details of the plot, trying to piece the story together.

Or you can just look at this visual time line to see how incredibly complex and involved it is. You should be warned that it obviously contains major spoilers so I’m just gonna show you a blurry thumbnail here and you will need to click on it to read it: 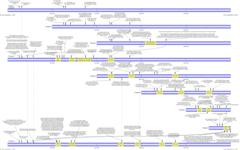 If you are one of those people who thinks that movies should be entertaining, and not thought provoking then this movie is not for you. In fact, this blog is probably not for you, cause I love movies that require me to pay attention, think and go online to argue with people about what it meant. Primer will twist your brain into a pretzel, and leave you dazed for days. I’d say it is a lot of value considering the extremely low budget.

I highly recommend it. Watch it with a like minded friend, or a significant other and I guarantee you that for the next 3-4 days you will be revisiting the plot, drawing continuity diagrams and arguing over exactly how many Aarons were coexisting in the movie in total. Or not. But sometimes it may be hard not to.


12 Responses to Primer: The Movie