Setup Assistant 0.7 and other apps

Setup Assistant 0.7 is now available for download. Much of the modifications I made to it were in response to the feedback here. For example, I added application cacheing, so that the third party tools only have to be downloaded once. The growth of this app is sort of dictated by how am I using it. Lately I have been fighting with a lot of infections, which resulted in Anti-Malware tools getting their own tab. 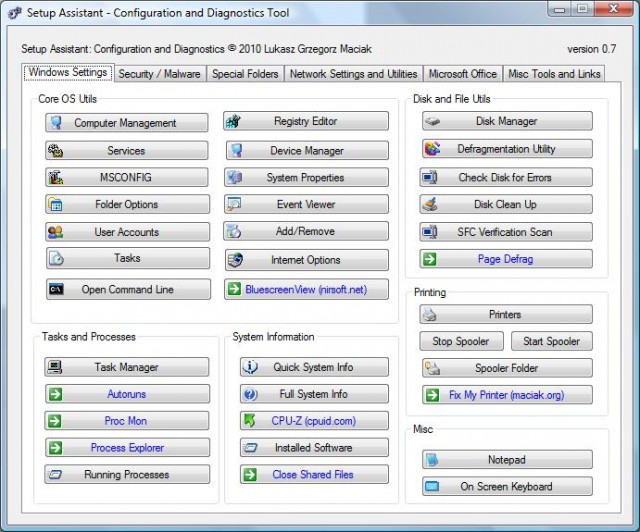 You can probably also see that I added printer related buttons where malware stuff used to be. This was pure usability trick. I noticed that I have been troubleshooting printer issues much more frequently than infections. Previously i had these buttons spread across two tabs, which made un-sticking the printer queue rather cumbersome. In fact the printer queue issues on XP are so prevalent I decided to write a tool to resolve them. 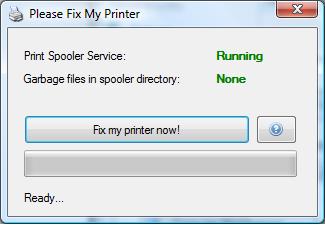 I opted for an external tool rather than a built in SetupAssistant feature because… Well, user friendliness. Fix My Printer tool has a single button. Setup Assistant has like a million, and frankly can be intimidating to an end user. In fact, using it without supervision can actually break things. All I really needed was a batch script that would stop the print spooler, delete bunch of files in the spooler directory, and restart it. But I made a neat GUI because I know users get scared any time they see the “black screen” (aka the terminal window) pop up.

But once I had it done, I sort of wanted it in Setup Assistant as well. I didn’t feel like building it into the application itself, because it was simple, self contained and neat as it was. I just needed to put it online somewhere so that SA could download it just like it downloads all the other third party tools. So I got a crazy idea of setting up maciak.org as a little repository for my various small tools, scripts and apps I make on the side. There is not much there yet, but I will add stuff as I go. If you are interested, please go check it out.

Oh, and Quick System Info in Setup Assistant is still broken on some systems. I will figure it out eventually one day.

This entry was posted in sysadmin notes and tagged setup assistant. Bookmark the permalink.