House of Suns by Alastair Raynolds

I picked up House of Suns by Alastair Raynolds for two reasons. One of these reasons was that his name reminded me of this guy: 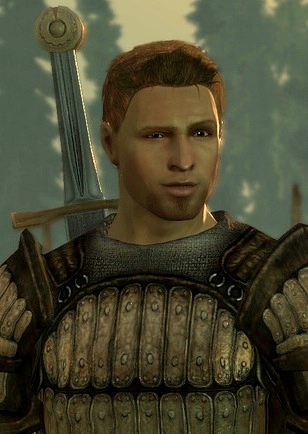 The other reason, was equally or slightly more important but I managed to forget what it was. Actually, scratch that – I think I saw his name mentioned in various places: message boards, reddit, blogs. Someone, somewhere recommended him, then I found his books on Amazon, glanced on the back cover blurb which seemed, promising, scanned through some gushing, positive reviews and added it to cart. That’s sort of how all my book purchases go. Was it a good purchase?

Well, the book is a bit of a standard space opera which would be entirely forgettable if it wasn’t for couple of interesting ideas. Which is what I want to talk about today. Whether this stuff is spoilers depends on your definition of the word spoiler. This post won’t reveal anything you would not find out by reading the back of the cover. 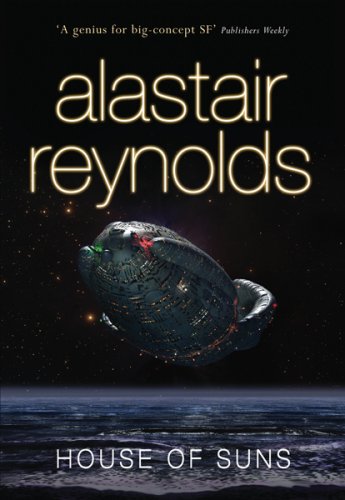 Reynolds’ universe is kinda unique in that while it’s setting is a bit soap-opera like, it does not have faster than light travel or communication. So you get a galaxy wide human civilization (or rather thousands if not millions of localized civilizations/empires) which can only communicate or move their goods at speeds below c. So no ansibles, no quantum entanglement, no tachyon beams or jump drives. So how do you maintain cohesive interstellar civilization without FTL communication? I mean, inhabitants of Ursula K. Le Guin’s Hanish universe also could not move faster than light, but at least they could communicate via Ansibles. Same goes for Orson Scott Card’s Ender setting. How do you make such a civilization work?

The simple answer is that you don’t. Raynolds’ galaxy is teeming with life, but the inter-stellar distances prohibit any kind of regular trade or diplomatic relations. In the amount of time it takes to reach the nearest inhabited solar system, your entire civilization can flourish, peak, and vanish without a trace. This is know as “Turnover” – sort of a constant grind that gives birth to new civilizations which rise to power and collapse only to give way to new nascent society. There is no single galactic civilization – at best you can thing of the amalgamation of all possible human colonies as a meta-society: a society of societies.

The binding force of this meta-society are the shatterlings – space space faring diplomats, information traders, philanthropists and long term thinkers.

You see, back when the human civilization was still young, it became fashionable for rich and influential people to clone themselves an army of space explorers who would share their genes, and their memories. Each of these shatterling clones would be given a fast ship and a mission to… Well, to boldly go when no man has gone before. And they have been doing just that, uninterrupted for centuries.

They travel at relativistic speeds, and use cryogenics or stasis technology to extend their lifetimes almost indefinitely. Kinda like bookworms, burrowing through the pages of history. It may take them thousands of years to travel from one destination to another, but that’s just par for the course for them. That’s what they do. They collect information, trade it with the civilizations they encounter and dabble in philanthropy and heroic deeds. They terraform planets, they refuel dying suns using wormhole taps, they build star-dams to contain novas, they move planets between systems and etc.. They are essentially the only constant fixture in the galaxy – they have always been there, and always will be.

That’s the stuff I really liked about the book – the concept of the “Turnover” and the long-term thinking space faring shatterlings are absolutely brilliant concepts. There is some other interesting stuff in there. Reynolds certainly has an eye for really cool stuff because his novel contains at least one Dyson Swarm, several ascended post-human intelligences, ring worlds and some other stuff. And if that’s not enough, one of the background mysteries in this book is that something or someone has “vanished” the Andromeda galaxy. One day it just went poof, and now there is just a big swatch of empty starless sky where it used to be. And no one knows what happened because it’s not like you can just hop on over there and report back.

All in all it was an entertaining read. Little bit soap-opera-ish, but with some really good ideas, and imaginative setting. The book ends on a little bit of a cliffhanger so I might pick up the next book in the cycle, but I’m not sure if it will be any good. The fact that Raynolds churned out a whole bunch of books in this setting is not encouraging. Usually when SF authors start to produce books in the same setting by volume, the quality drops. In most cases they only have enough high-level concepts and innovation for one, maybe two books, and after that it is all just drama and space-opera type stuff. That said, House of Suns is decent.


One Response to House of Suns by Alastair Raynolds