Dead, buried, there are wilted flowers on it’s grave and no one comes to visit except the creepy grounds keeper doing his rounds every evening.

January 1, 2012 was the annual, international Public Domain day. Many Europeans (depending on country of origin of course) celebrated it, welcoming the entrance of the works of Louis Brandeis, James Joyce, Virginia Woolf to the public commons. Hundreds of quality books just now became, or will soon become a shared cultural asset in many, many countries across the globe. It will be possible to freely translate, adapt, remix, turn them into stage plays, movies and copy without restrictions. They works will become timeless. They will be copied, and preserved by constant use, from now, into perpetuity.

Except in United States of course. Here we don’t preserve our culture – we lock it in a box, and hide it away from public. The sentence? Life plus seventy years, with no parole.

How many wonderful cultural treasures entered public domain this year? Take a wild guess kids. Just think about a number – any number. How many books, movies and or songs do you think became property of the people this year?

If the number you thinking about has two or more digits, you are a wrong. It’s a single digit number: ZERO.

How about next year? Surely next year something will slip into the commons, will it? Nope. Not a chance. Nothing will enter the public domain in united states until around 2020. And by that time our beloved congress critters will likely extend the copyright term for another hundred years or so. They have done this three times already. Our copyright term went from 14 years (plus an optional 14 year extension) to life + 70 in just a few short decades. You don’t think they are going to do this again? You don’t know our politicians then.

Let me tell you what happens in United States whenever Mickey Mouse is about to slip into the public domain. Disney corporation opens their large vault (kinda like the one Scrooge McDuck used to bathe in when his cartoon was on the air) and hire few hundred strong men to shovel piles of cash onto large dump trucks. They take those trucks, and they ride on Washington DC, telling people all across the nation how they are on a mission to save Mickey from certain doom. Thousands of producers from Hollywood and heads of major music labels crack open their vaults and join the Disney cavalcade of cash trucks. Once in DC, they barge into congress and ask our law makers:

“How much money do we need to give you to save Mickey Mouse?”

And to prove their case, they whip out laptops, go to Deviant Art, and search for Mickey Mouse, rule 34 and show our elderly politicians who have only heard of internet, but never actually used it, the resulting images saying:

“If you do nothing gentlemen, this will be the future.”

The senators, congressmen and their staff are so impressed by the well dressed, persuasive executives, so tempted by the trucks full of cash and gold bullion, and so disgusted by rule 34 search results that they agree to do it on the spot.

This has happened before, and this will happen again. If we allow things to stay as they are, nothing will ever again enter the public domain in our country.

You could say: “It ain’t so bad Luke! What’s wrong with protecting intellectual property. Why do we need public domain anyway?”

Because without it, we get abandonware and orphaned works. Instead of perpetually re-used and re-made cultural heritage we get legally untouchable works that can never be re-printed and redistributed. We get monumental, ground shattering works that can be suppressed forever by current copyright holder because they do not share same political or moral convictions as their ancestor who created them. We get cultural and economic stagnation. 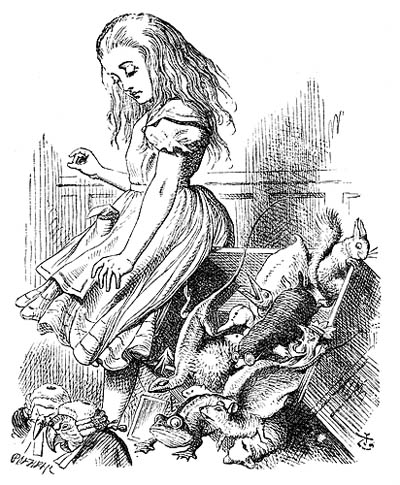 Think about all the successful re-makes and re-interpretations of classics such a works as Romeo and Juliet, Alice in Wonderland, Peter Pan and etc. Think about the Disney movies you watched growing up. Without public domain there would be no Snow White, no Little Mermaid, no Alladin, no Beauty and the Beast, no Pinochio, no Jungle Book… Need I continue? It’s ironic that one of the companies that leads the mob of copyright extension lobbyists has built their fortune by creating animated adaptations of famous public domain works.

But don’t take my word for it. Read the Hargraves report, an independent study commissioned by the UK government. Or this empirical study Cambridge and this one from Case Western Reserve University. All of these peer reviewed, well researched papers agree that the costs of long copyright terms outweigh benefits. The type of copyright law we have in US is not economical, culturally damaging and helps no one, save few vocal corporations who have vested interest in perpetually holding on to certain intellectual assets.

But it gets worse. With our government in thrall of media companies, and our technology sector moving away from all purpose home recording technologies we are left without means to preserve our culture. Our cultural heritage is being locked up on proprietary media formats (DVD, BluRay) or held hostage on streaming servers. You can’t legally copy and preserve them, and the copyright holders won’t re-release them on a new medium unless they can profit from it. And the most profitable things usually lack quality – most profitable movies and songs are those who appeal to the lowest common denominator. Valuable, quality stuff is likely to be left behind. The only remaining copy of that thing you love dearly, may look like this: 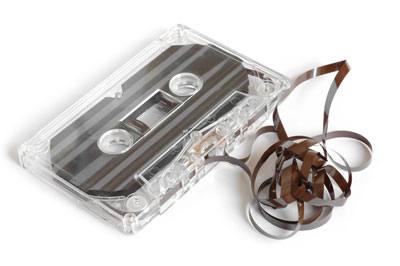 Chances are you probably don’t even have a device that could play this sort of media anymore. And if you do, it is very likely it will break or get thrown out in the next decade. Even if not, there is no guarantee that your archaic, magnetic data storage unit will stand the test of time.

In the digital age, the only way to preserve data is to copy it forward into the future. Ancients wrote in stone, which is damn near indestructible – and that’s why we have so much information about ancient Egyptians, Persians and etc… We write on paper, which turns into pulp when exposed to moisture, crumbles when it’s to dry and burns easily. We store movies and music on brittle plastic disks that scratch easily and have a guaranteed lifetime of about a decade. We put our data on magnetic disks, with spinning platters, and moving parts that regularly die every few years due to regular wear and tear. Data that isn’t copied, dies.

And yet, our government is doing everything in their power to stop us from copying it. Copyright holders who contribute to their re-election campaigns want us to be a read-only society because it profits them. But it does not profit the people. It is damn right harmful.

The cultural heritage of twenty first century America will likely be a black hole for future archeologists. When they examine the stuff that has survived – what was legally re-released over and over again throughout the next 2-3 centuries they will see world of Idiocracy: dumb action movies, brain dead comedies, tv sitcoms and pop music. Everything of value distilled away and destroyed by the ruthless forces of supply and demand. Except of course the copyleft stuff – truck loads of open source software, and novels of Cory Doctorow, Charles Stross, Nail Gaiman and similar authors who had enough foresight to ensure their own immortality by publishing under Creative Commons licenses.

Fortunately this bleak vision of the future in which every significant and meaningful copyrighted work is erased from existence by human greed will not happen. You know why? Piracy. 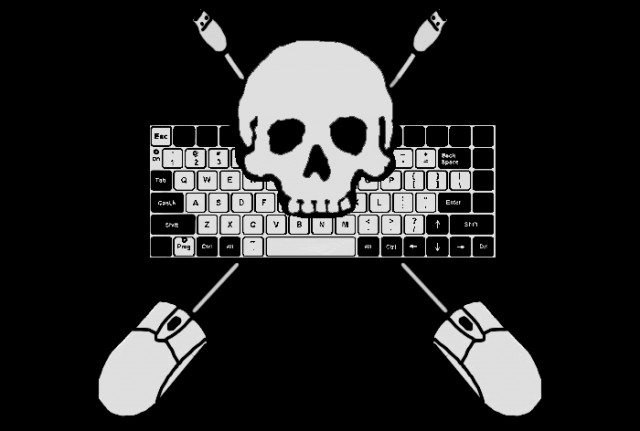 Now, I do not advocate piracy. I do not want to defend it. I don’t want to be intellectual infringement apologist. But in a world where copying (ie. preserving) cultural goods is strictly prohibited, pirates are the only people implementing Kevin Kelly’s movage – perpetual and endless copying into the future. Big media companies are often perfectly willing to let some of their intellectual properties die and languish. Sometimes because they are unprofitable, and sometimes for completely arbitrary and silly reasons like hubris. For example, Star Wars fans have been asking for a DVD or BluRay release of the original, unedited trilogy – without CGI, and with Solo shooting first. There is demand for it, there is the market, there is hundreds of collectors who would pay premium to get such an item. And yet George Lucas has definitely said that he will never do it. For some strange reason, he wants that version dead and forgotten.

But fear not, most torrent sites on the internet have decent quality DVD rips of the unaltered trilogy for you to download. Even though the current copyright holder has vowed to bury his most famous, and most beloved work, pirates will continue copying it into future. It will survive as long as the people of the internet want it to survive, regardless of who holds the copyright at any given time. And it will not deteriorate over time the way your old VHS copy will. It will not age. It will be preserved. And it ought to be, because under the original copyright term of 14 years (which actually happens to be the most economically optimal length according to the Cambridge paper I linked above) the movies would already be out in the public domain.

When copyright law is broken, pirates become vigilant defenders of culture, diligently unlocking, time shifting, format shifting and mirroring our media for posterity. Yes, they are breaking the law, but what they do has value and cultural significance. If our laws don’t change, their WAREZ will be the sole surviving heritage we will leave to our descendants. When our entire culture is securely wrapped in DRM, temporary internet streams and encrypted media prone to rapid obsolesce future archeologists will turn to archival file sharing sites which will become treasure troves of twenty first century data.

A time may come in some distant future, when museums will have our movies, music and literature cataloged and indexed not by directors, artists or authors but names of scene groups that preserved them.


5 Responses to Public domain is dead