Is iPhone 5 a disappointment?

In the last few weeks I have talked to quite a few people who are very angry at Apple for the way iPhone 5 came out. Anger, disappointment and strange amount of love for Samsung are dominant emotions during all iPhone related conversations. I can relate to some of this. I too am a bit upset with the breakup of the Apple-Google relationship, and the subsequent removal of Google Maps from iOS 6. Apple Maps are an inferior product at this point, and it does detract from the value of the new phone. But most people are not upset about that. Most people I have talked with are angry at apple for not exceeding their expectations and blowing their minds.

I must ask, what were you expecting iPhone 5 to be like? Like just about all Apple users I followed the rumor mill, and read the descriptions of leaked designs. Before the big unveiling I had a pretty good idea what the new phone was going to be like: taller display, retina technology, faster cpu, more memory, better front facing camera, etc. Performance wise, it is noticeably faster and snappier than the old model:

I never really thought that the new iPhone was going to be anything but an incremental improvement over the existing model. And that’s exactly what it turned out to be. Apple released exactly what I expected, and in my book that is good enough. Barring the crappy map implementation you can hardly argue that iPhone 5 isn’t better than 4S. It is definitely a faster, more capable phone.

Or are Apple snobs just butt-hurt that the new device is not better than the Galaxy 3 in every conceivable way? That the Samsung could list more features on their bullet point list, and boast about their larger screen?

Sure, Galaxy 3 is a very nice phone, but I’m not really going to be switching to it. I have never been really impressed by bullet point lists of features. Those have always been the tools of marketing drones. The truth is that more features does not always automatically mean better. You have to look at a complete package to really see the value of a product.

For me Apple is still better value for the buck. For one, I rally like iOS. I think it functions well, and fulfills my needs quite adequately. Android is a great mobile system, and I’m really glad it exists. I want it to be as awesome and innovative as possible – I want it to compete with Apple on every step, because competition is a good thing. It keeps all involved players from becoming complacent and resting on their laurels. But, I have been using an iPhone for close to two years now, and I don’t really feel like jumping ship at this point. I know my way around the system, I know the little tricks, I have my favorite apps. The iOS works well enough and I don’t see any reason to switch right now.

I like the Apple hardware. Most of the Android phones that I held in my hands felt a bit cheep and disposable. The iPhone has always been a polished, high quality product. I have heard rumors that the new model is susceptible to scratches and chips, but I’m hoping they will correct that by the time I will be ordering mine – just like they eventually corrected the antenna issue on iPhone 4. 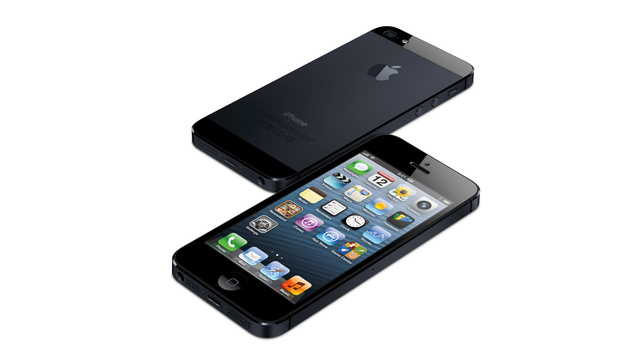 I might be in a minority, but I don’t really think a large screen on a phone is such an advantage. I played around with a few big-screen Android phones and I found them cumbersome to grip and operate one handed. The width of 4 and 4S is about the right size for my hands, and I’m actually glad Apple decided to keep it that way. I have mixed feelings about the taller screen. On one hand, more vertical screen real-estate is definitely a good thing for most apps. Browsers and content delivery apps will be able to show more per screen, and 720p movies will finally be watchable without letter-boxing or stretching. That said, I’m a little concerned that the upper left corner of the iPhone 5 screen will become inaccessible for my right thumb. This wouldn’t be an issue if it wasn’t an iOS convention to put the back button in that corner on most apps. So I wouldn’t be disappointed if the screen size on the device stayed the same and apple just upped the effective resolution with the retina technology. Galaxy 3 screen size does not impress me at all.

To me a phone is an investment – it is not a toy, or a gadget that I will play around for a while and then discard. This device is to serve as an extension of my brain. It is my virtual limb, my sixth sense through which I experience the digital sphere. It needs to be stable and robust and hassle free. I love to tinker and hack things, but my phone just needs to work. The iPhone has been fulfilling this role for two years now, and I haven’t had a single complaint as to it’s function. My only issues were related to the app delivery model – or rather the closed nature of the iPhone ecosystem. But that was something I knew about going in. It was something I came to terms with and accepted before I plonked down the money for the phone.

Since I have gotten the phone, I have upgraded it’s OS twice and each time that upgrade was smooth and problem free. Each upgrade improved the phone’s performance, and made it more enjoyable to use (well, except the Apple Maps thing – that was a disappointment). My Android using friends on the other hand frequently complained about their phones running OS that was a version or two out of date, about lack of vendor and carrier support for updates, about memory leaks in core applications and etc…

This is the thing – I know that Apple supports their entire product line. I know that when I buy a phone, I can expect to be fully supported for the next 2 years. I can be sure that I will get not only security updates and bug fixes, but also full OS upgrades for free. If I was to switch to an Android platform, no such guarantee exists. Phone vendors support their latest and greatest model for up to 6 months at which point they usually switch their focus towards their new lineup of products. Cell phone carriers usually insist on crippling the Android OS and often want to be the sole provider of updates and bug fixes which they tend to be horrible at. It is a mess tat I don’t want to worry about when upgrading my phone.

So when my contract is up for renewal mid-October, I will be purchasing the iPhone 5. How about you?

Are you getting the iPhone 5?

Are you going to be getting the new iPhone? Are you mad at apple? Are you switching to droid? If yes, let me know in the comments.

This entry was posted in technology and tagged mobile technology, poll. Bookmark the permalink.


23 Responses to Is iPhone 5 a disappointment?