I don’t know if anyone other than me actually pays attention to my posting schedule, or gets upset when posts do not shot up on time. Hopefully not. But on the off chance that you do, I apologize for last weeks sudden silence. You see, I went on vacation: 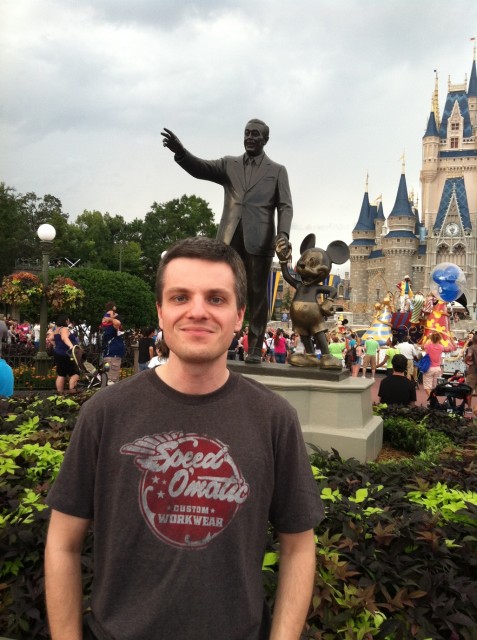 I haven’t been on vacation in a while, so I figured why not visit the so called “happiest place on the planet”, aka the Walt Disney World in Florida. I have never been there as a child, so I figured visiting the place as an adult ought to be both entertaining and eye opening experience. Especially since I was being accompanied by seasoned Disney veterans (dare I say fanatics) who planned the whole trip and optimized it for maximum fun. Bear in mind that my entourage 100% composed of adults, so we were not encumbered by squeaky childlings or stroller spawn, and free to eat, drink, be merry and act irresponsibly.

I might write something more extensive about my experience later on, but here are some of my first impressions and reflections on the trip:

While you could make an argument about Disney World being the happiest place to be (after all it all depends on how you define happiness) it is definitely the cleanest establishment I have been to. I was incredibly impressed with the efficiency and aggressive approach to cleanup and upkeep they had in all the parks. You would be hard pressed to find any litter or garbage anywhere on Disney property. Everything from the bathrooms to the main thoroughfare streets is immaculately clean. Disney actually seems to employ roving janitorial patrol teams that scour the parks for any filth or signs of damage and eradicate it with an impressive tenacity. One day I have even witnessed crews trying out puddles on the sidewalk after a rainfall so that the guests don’t get their feet wet.

I have never seen such an approach to cleanliness anywhere else. I spend most of my time in Jersey or NYC so I’m used to filth, litter and garbage lining the streets, overgrown lawns, stained carpets and jumping over puddles of odd organic goo on the sidewalk. Spending a week in Disney’s immaculately clean parks was like visiting some strange alternate dimension where people suddenly started giving a shit about their surroundings. Naturally such an aggressive approach to upkeep must cost a lot of money…

Which brings me to my next point – I don’t think I have ever visited a place that was more engineered to separate you from your hard earned money. This is the part that made me question the “happiest place” a bit – after all, how happy can you be when you are essentially bleeding cash the entire time you are there. The entire place is engineered for profit. Most rides funnel the exiting crowds through gift stores hoping to catch some impulse buys. All the good picture spots are manned by professional photographers who will be more than happy to take your picture for you, with or without a costumed character. Everything is branded, sold at an immense markup and (if you happen to stay on Disney property) can be charged to your room key. I was both impressed and shocked by the absolutely ruthless efficiency with which Disney parks fleeced and wrung out currency from the unsuspecting crowds. I guess this is the part of the experience you are blissfully ignorant about when you visit the parks as a child.

Disney World is a gigantic money making machine that prays upon your nostalgia, and uses it to trick you into puking up wads of banknotes on every step. Fortunately I happen to be mostly immune to this sort of thing. Sure, I grew up watching Disney motion pictures just like everyone else, but I really had no desire to own anything with Mickey ears or Disney logo on it.

That said, the parks are rather fun. I was especially fond of Epcot, especially since they were having their annual food and wine festival: 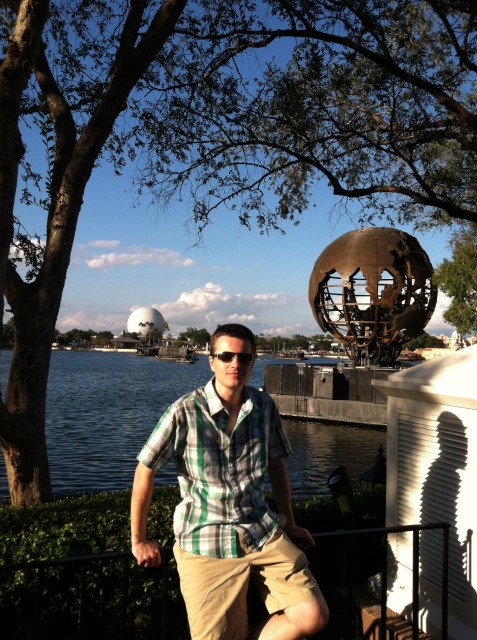 Epcot is both impressive and depressing. Impressive because of what it is, depressing because what it could have been. You see, Walt Disney envisioned Epcot as an utopian super-community. It was supposed to be a model micro-city constantly riding on the bleeding edge of technology. He wanted to employ the same social engineering tactics his company used to build money making monster-parks, to create a healthy clean super-community of the future. A place which would always be a little bit ahead of the curve, because Disney would funnel money into it to keep it on the absolute forefront of technological progress. It was supposed to be humanities spearhead launched into the heart of the singularity. It was ambitious and awe-inspiring project.

Unsurprisingly after Walt’s death the entire plan was scraped. Instead of this impressive money-drain, Epcot was turned into yet another theme park – albeit rather unique one. It is now a place that celebrates both retro-futurism of the 70’s and cultural diversity of the world. It is probably not as fun for kids as the other parks, but a great place for adults to get drunk while walking around the lagoon and trying on silly hats in each of the country specific pavilions. And that makes it a definitely awesome place to visit.

Btw, if you are going to be visiting Disney anytime soon, do the Segway tour. It is both fun an informative – you get to learn a lot of back-stage details about Epcot and it’s history, and you get to ride a fucking Segway around the park like a boss.

Have you ever been to Disney? What was your experience?