3D Printing and the future of Tabletop Gaming

3D printing has been around for quite a while now. It has always been something I considered kinda cool, but mostly inconvenient to use. You either had to build your own printer from scratch, or send your 3D model to a specialized company that would print it for you. Granted, the number of commercial 3D printing companies has dramatically increased in the recent years, and their services have become completely affordable for mere mortals. Places like My Mini Factory will even let you sell your printable designs CaffePress style for a small cut of the profits, which is amazing in itself.

What has completely blew me away though, is the fact that user-friendly, in-home 3D printing is now entirely possible and completely affordable. It turns out that you can buy a sleek, Wifi enable Makerbot for about the same price as a low-end Macbook. 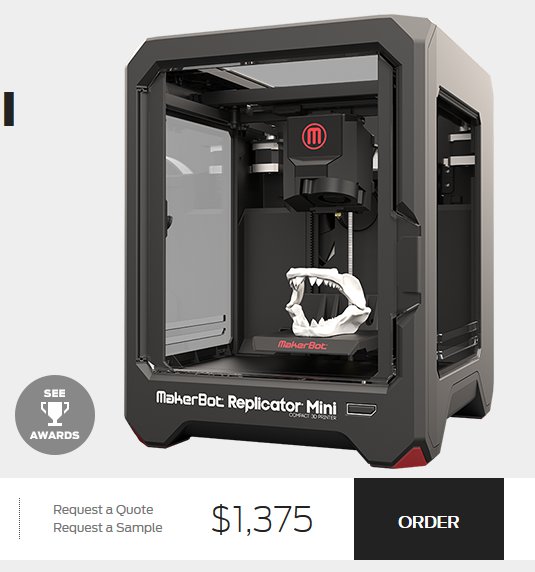 No, Makerbot is not paying me to say this, though maybe they should. I’m not even trying to convince you to buy one. There are cheaper alternatives than this if you don’t mind doing some assembly on your own. In fact, I hear that while they are extremely sleek and user friendly on the surface, the Makerbots get clogged quite easily:

@LukeMaciak I own one and it's been very disappointing. The Smart Extruder has no way to clear clogs reliably.

Still, it’s nothing short of amazing that you can get a device that will turn a 3D computer model into a physical object for about the same price as a current gen gaming console bundled with a few new games. It is even more amazing that you don’t even need to learn to use AutoCAD or a professional 3D modeling software like Blender because both Makerbot products as well as the above-mentioned on-demand printing services will happily accept files generated by super-accessible software like Sketchup.

This is actually really exciting for me because I’m into tabletop games and board games which often use small plastic, resin or metal models and dice. The fidelity of the commercially available printers isn’t high enough yet to allow “pirating”, say Warhammer miniatures, and it is not something I would advocate anyway. Trying to duplicate existing collectible miniatures seems like a waste of this marvelous technology. I’m more interested in creating original stuff: like models for games that don’t exist, because you haven’t written them yet.

In the past, if you wanted to create a board game or a tabletop battle system you had to find a publisher who would manufacture your models for you. The only other options were crowd funding, or keeping your game simple enough to allow paper tokens, or models from other game systems.

3D printing technology however opens the door for “indy” board and tabletop battle games. Think about it: you can design your custom models and test them out on you home Makerbot. Once you are happy with the design you publish them to an on-demand service. Players can then go and purchase the models they need, have them printed and shipped directly to their house.

I predict that in the next few years we might see an explosion of new amateur made games that rely on inexpensive 3D printing. It will be interesting to see how this affects both the printing market as well as the tabletop game industry. Could an independent, on-demand printed game become popular enough to threaten a market leader such as Games Workshop? I guess we will find out.

This entry was posted in technology and tagged short. Bookmark the permalink.