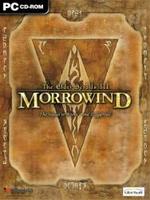 I dug out Morrowind (the precursor to Oblivion) and started playing it again. I bought this game back in 2005 but I never got far into it. By all counts this game is ancient, but still it is one of the best RPG titles around. Why not just get Oblivion you ask? I’m not sure if my hardware can handle it. :P

My one big gripe about Morrowind was the graphics. The character models were downright dreadful – ugly, blocky and unattractive. Especially elven women – in the game they had weird, contorted faces that were far from feminine. Fortunately the game has an amazing community of modders who essentially rebuilt all the body meshes from scratch, and replaced all textures to give them smooth and modern look. I installed 4 user mods, and now it looks absolutely gorgeous and is a blast to play. Here are the mods if you want to do the same:

Better Bodies
This mod re-sculpts all the bodies so that they look less blocky. It is a huge improvement – just check out this before and after comparison. It also makes the bodies anatomically correct, so you can go streaking. If you are a prude you can choose to install the mod in permanent-underwear mode too. It makes a world of difference.
Better Heads
Complements Better Bodies by replacing most of the ugly faces from the original game with brand new meshes and textures. It also adds a variety of nice playable faces. Without this, Better Bodies feels half assed.
World of Faces
It goes beyond Better Heads and adds over 600 new faces to the game. If you already installed the two mods above, this is the next logical step. All these available faces makes for very varied cast of NPC’s.
Ultimate Textures
You may not like this mod. This is a complete retexturing of the game with improved, clearer and sharper images. I was bit skeptical about it at first, but I installed it anyway, and I do not regret it. It makes the game look amazing without any noticeable drop in performance. I highly recommend it!

With all 4 of those mods in place it’s like having a whole new game. I’m amazed how much effort went into making these mods. Morrowind community rules!

Both Morrowind and Oblivion are kind off like fantasy GTA games. You have complete freedom to explore an immense world. You can go anywhere, kill anyone, and steal almost anything. You can level up by doing all kinds off different quests, hunting creatures and monsters, or just roaming the streets, killing innocents and looting their houses and stores.

You can probably find Morrowind in a jewel case, in a bargain bin somewhere. Amazon sells it for $7.95, or if you want the expansion pack bundle for $9.94. For 2 bucks, I’d say it’s worth it. You will only need an 500 MHz CPU and 128 MB of RAM to play it – which means this game will most likely run smoothly on your grandma’s computer.


One Response to Morrowind Revisited