Checkpoint Save System is Stupid

In the good old days of arcade games clearing the final stage was usually an accomplishment that you could brag about to your friends. The games were made impossibly difficult in order to make you put more quarters into the damn arcade box if you ever wanted to see the ending. And you had to play it all the way through in one go. This translated into the Nintendo Hard generation of video games. With the appearance of first consoles and advent of computer gaming the focus seemingly shifted from fleecing youngsters from loose change to providing quality entertainment. But game makers took a long time to adjust. And thus we all grew up spending time cursing Mario, Mega Man, Prince of Persia and that damn Paperboy all the way to hell.

These games were very challenging, required perfect timing, twitch reflexes and punished you severely for any mistakes. Very rarely did you get the luxury of level codes that would let you start from the last level you cleared. It’s really a wonder we played these games. It was stressful, frustrating and the payoff was not that great – “Oh, btw the princes is in another castle”. Sigh… 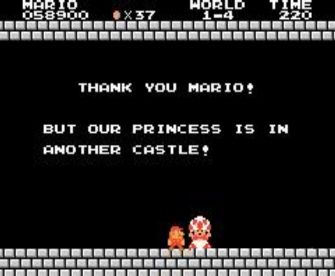 Still, these were classics and the challenging nature was part of their charm I guess. We are way past that. Few people enjoy this level of challenge. Most of gamers today, play for entertainment and are more interested story, climate and having fun. Well designed games offer adjustable level of difficulty. Casual players, and novices can set their difficulty on easy and have most of the enemies in the game shoot with accuracy of a Stormtrooper, and often forget to take cover. A seasoned player can crack up the difficulty so that every AI shot is a head-shot. This way everyone has fun.

No one expects you to play the game straight through or make you write down level codes anymore. Every modern gaming system (be in a PC rig, or a next gen console) has a spacious hard drive that can be used to store, among other things, save game files. There seem to be two approaches for saving games.

The first, in my opinion superior approach is to allow player to save anywhere, at any time. You hit a button, and the state of the game is instantly written to disk, under a file name you specified, or simply time stamped and tagged with information like current stage and time played.

The second approach is what I call “checkpoint save system”. Instead of letting player to decide what is a good stopping point, you automatically save the game when they reach a certain point in the game. Frequency of checkpoints vary from game to game, but you usually get several per stage so you don’t have to backtrack to much.

If you combine both ideas you end up with a perfect system to save the players progress. You incrementally auto-save game at certain points (usually before big battles, or surprise insta-kill situations) while still allowing the player to preserve the state anywhere in between. This method provides maximum entertainment and minimum of tedious repetition. If a player forgets to save, he can still play from the last checkpoint. If they save often, they will never have to backtrack more than few minutes. A good example of this idea put into practice is Half Life 2. 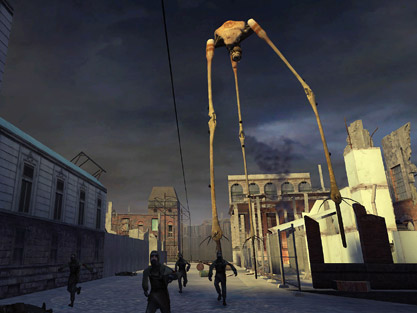 There are many reasons why HL2 was a great game. It had a great story, awesome game mechanics, great graphics – and of course the perfect save game system. Despite the game being quite challenging at times, I never felt frustrated, angry or cheated out of entertainment. And the fact that I could quick-save just before making that tricky jump did not diminish my feeling of accomplishment.

On the other side of the spectrum are games such as FarCry and the GTA series. These are the games I have real love-hate relationship. The former uses a classic checkpoint system saving your progress several times per stage. The later forces you to manually save game, but only between missions. This means that if you die or get arrested during a long and difficult story quest, you will have to start it from the begging. This usually involves driving from the jail or hospital to the mission’s starting point, picking up weapons along the way and starting over. 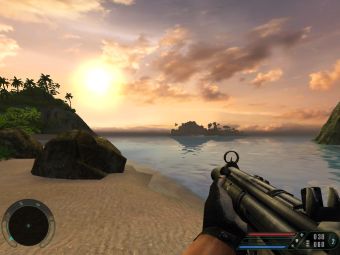 Prince of Persia games pissed me off too for the same reason. While they were much more forgiving, an player friendly than the insanely difficult original they still they drove me mad. And no – the sands of time didn’t do shit for the types of blunders I was making, and I would waste them immediately.

I truly believe that there is just no reason to use the checkpoint system anymore. Why? Because the hybrid system is self balancing. A spastic n00b with no hand eye coordination (like me) can save every 3 seconds and get through the though spots with minimum repetition. And you have to understand that this tedious repetition is what really kills games for me. There is nothing enjoyable about re-playing the same sequence over and over, and over again – at least not for me. On the other hand someone who is into this kind of stuff, or simply enjoys a challenge may completely forgo manual saves and rely on auto-saves instead. You get the best of both worlds and everyone wins.

The whole argument that “allowing the player to save anywhere would make the game too difficult” is therefore null and void. It is simply a cheap way of increasing the games difficulty without spending resources on stuff like, say, improved, less forgiving AI. It also artificially inflates the relative time it takes to finish the game. So a reviewer for mainstream gaming press may note that it took him 60 hours to finish the game, even though around 80% of that time was spent on repeated attempts to reach one checkpoint or another.

Besides, even if you are a hard believer that giving the player unlimited freedom in saving every second negatively impacts their gaming experience (and btw, who the hell are you to tell me what gaming experience is best for me?) you can still limit the number of allowed saves without using checkpoints. This was done in the Hitman series, where based on the difficulty level you had a limited number of save slots per mission. 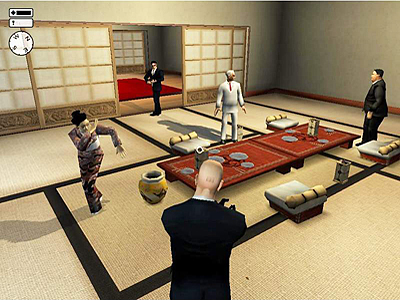 Managing them was a challenge in itself – if you held on to them to long, you might get killed and will loose lots of progress. You use them up to quickly and you end up stranded in mid mission. Still, it was much less frustrating than praying that the next checkpoint is just around the next corner.

Which system do you prefer? Let me know:

What is the most mind numbingly frustrating game you have ever played in your life? This can be either something modern or an old school title. For me, it had to be a Montezuma’s Revenge on Comodore 64. 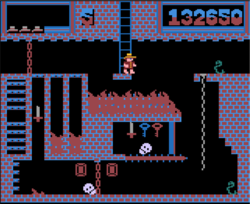 It had 3 levels, each composed of a 100 screens, and if you died, you would start all the way from the begging of the current level. That, then probably original Prince of Persia and Mega Man on NES. :P

This entry was posted in video games and tagged rant. Bookmark the permalink.


8 Responses to Checkpoint Save System is Stupid