I finished watching Season 1 of Heroes and I loved it. I’m pleasantly surprised that it did not end on a major cliffhanger. The end-season cliffhanger seems to be the industry standard these days, and everyone from the shitty sitcoms and hospital dramas, to the cult series like Lost or BSG seems to be using it. Heroes decided to be different and Season 1 is a self contained story that comes to a satisfying conclusion in episode 23.

I thought about it and I wanted to write about my “favorite” story arc from the season but I really can’t pick one. They are really all intertwined and interconnected in such a way that makes them inseparable. I’m really impressed how all the pieces came together in the end. It’s a really epic tale with lots of foreshadowing, and lots of characters and side plots, and yet it all culminates in the last few episodes. Writers on Lost should be taking notes here. This is how you tell a good story – it has a begging, a middle and an end. And while there are few questions remaining unanswered, they are not really loose ends. They seem intentionally open ended leaving the viewers to wonder on what happens to the characters next. If I never watched another episode of the show, I would still be perfectly satisfied with the entertainment value I got out of season 1. In fact, even if season 2 turns out to be complete rubbish (which I doubt) I would still fondly remember the amazing story told in the first 23 episodes of the series. 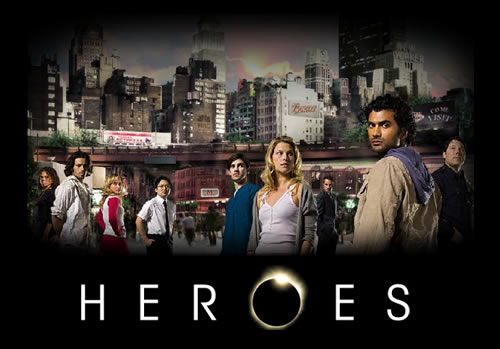 This leaves me wondering. What is season 2 going to be all about? All the major plot lines were resolved: the company, Hiro’s destiny, the fate of Petrelli brothers, Nickie and Jessica, and the explosion prophecy. They could theoretically reuse Syler at some point, but it would seem like just repeating the same schematic. They will have to start more or less from scratch, introduce some new characters (quite a few have been offed in the season finale) and create new sources of suspense. Syler is no longer that scary to us, and the company doesn’t seem to be a huge threat anymore either – unless they can reform, and get the “Walker Tracking System” under control again.

Oh, and of course they will need to explain whatever the fuck Hero has gotten himself into, but I doubt that his current location in time-space continuum will really become an overly important plot point. At least not the same way as his initial trip to New York was.

By the time you read this, I will hopefully have 2-3 episodes of Season 2 behind me, but still – please do not post any Season 2 spoilers in the comments. I tried to stay clear of Season 1 spoilers in this post also so please use spoiler warnings before you say something about the finale. I know some of the readers started watching it after my initial post about the show, so I don’t want to accidentally ruin anything for them.

Oh, and if you are still pondering if you should watch Heroes or not, just go and get some episodes. If you were concerned that the show will start meandering and loose some of the initial momentum like Lost did, stop now and start watching. Season 1 is a complete story with a satisfying ending that gives you all the answers you need to make sense of the whole thing. You will not be disappointed.

This entry was posted in tv and tagged review, superhero. Bookmark the permalink.


8 Responses to Heroes: Thoughts on Season 1