My brother Ark owns bunch of Nerf guns that we occasionally use for an all out nerf war. His arsenal includes several Mavericks, a Longshot and a funky crossbow that I can’t find anywhere online. Since we are both Warhammer 40k nuts we always joke around how the Mavericks look a bit like Bolt Pistols. I mean look at them: 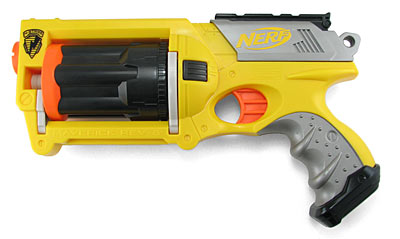 The longshot in its short retracted state looks a little bit like a regular bolter. We even talked about painting them up to make them look like the authentic things. All you would really need to give it a nice paint job and then attach the distinctive curved magazine clips to them. Ark actually wanted to use them as part of some elaborate Halloween costume but that never happened. Imagine my surprise when I found that we were not the first people to come up with this idea. Apparently, there is some guy who paints Nerf guns and sells them on ebay and his work seems to be heavily influenced by 40k artwork. Just check out his Maverick: 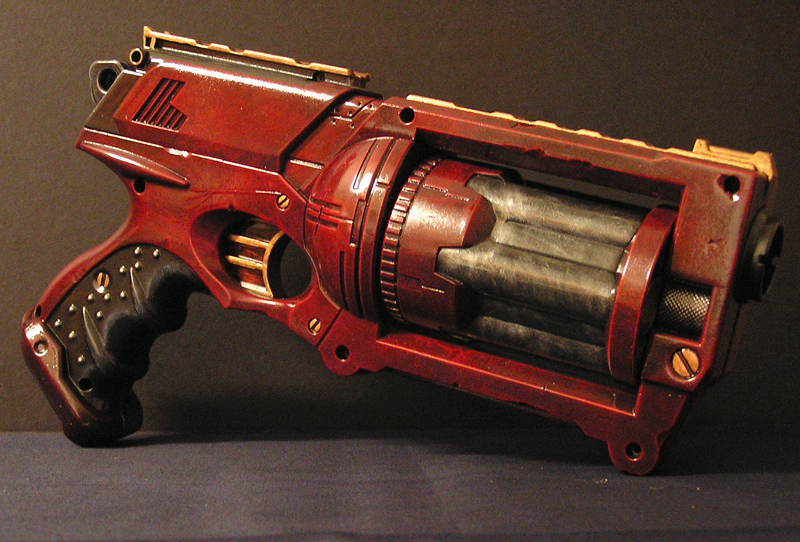 It really does look like a bolt pistol. It’s just missing the magazine. Also check out the Longshot:

I’d be afraid to use these as it would probably ruin the paint job real quick. But this just shows that this sort of thing is possible given enough time and patience. Ark will probably be furious that someone has beat him to the punch and made these. ;)

Anyway, if you don’t know what Warhammer 40k is, and you don’t find Nerf guns fun, just ignore this post. We will resume posting the regular content that you came to expect from this place tomorrow.

This entry was posted in rpg and tabletop and tagged hobby, warhammer. Bookmark the permalink.