I usually play though most of the video games I own once – sometimes twice. Some games I just never finish – of abandon after just few days. I find that strategy games (especially RTS games) rarely hold my interest for longer than a week or so and I hardly ever finish their campaigns unless there is an interesting story unfolding in the cut scenes. I usually finish games which I like, but I rarely re-play them – even those which I absolutely adore. I really don’t ever do speed runs – I explore, and try different things making a good use of my trusty quick save button. So usually when I’m done with a Half Life game or a Hitman game (or portal for example), I’m really done with it. I have seen all there was to see in this game. Few games out there really offer a re-playable experience that would entice me and keep me coming back. Multiplayer games are sort of an exception because it’s not really the game itself that adds the replayability value but the unpredictable nature of playing with human beings.

There are however few single player games that just never get old, and I keep re-playing them over and over. Sometimes I lose interest in them for months, even years. I often banish them from my hard drive, but they always work their way back into my good graces.

How do they achieve this? Well, there are several way to do this. Some games are simply so immense, and so complex that they can’t be simply “finished” in my obsessive compulsive way of exploring every available inch of space, picking up everything that is not nailed down, and talking to every NPC. One of such games is Morrowind (and it’s bastard offspring Oblivion). The sheer size of that game, and the open sandbox game play with multitude of side quests means that “finishing” the main quest is only a tip of the iceberg. In fact it is impossible to actually explore the every aspect of the game with a single character. If you want to advance your status with one faction, you may need to do missions that often directly harm another one. Missions from opposing factions usually have conflicting goals and some of your choices will lock you out from completing certain parts of the game. It’s also one of the few games where completing side quests can be rewarding enough to put the main quest on hold, and lucrative enough to quickly advance your characters, and raise his reputation in the game world. 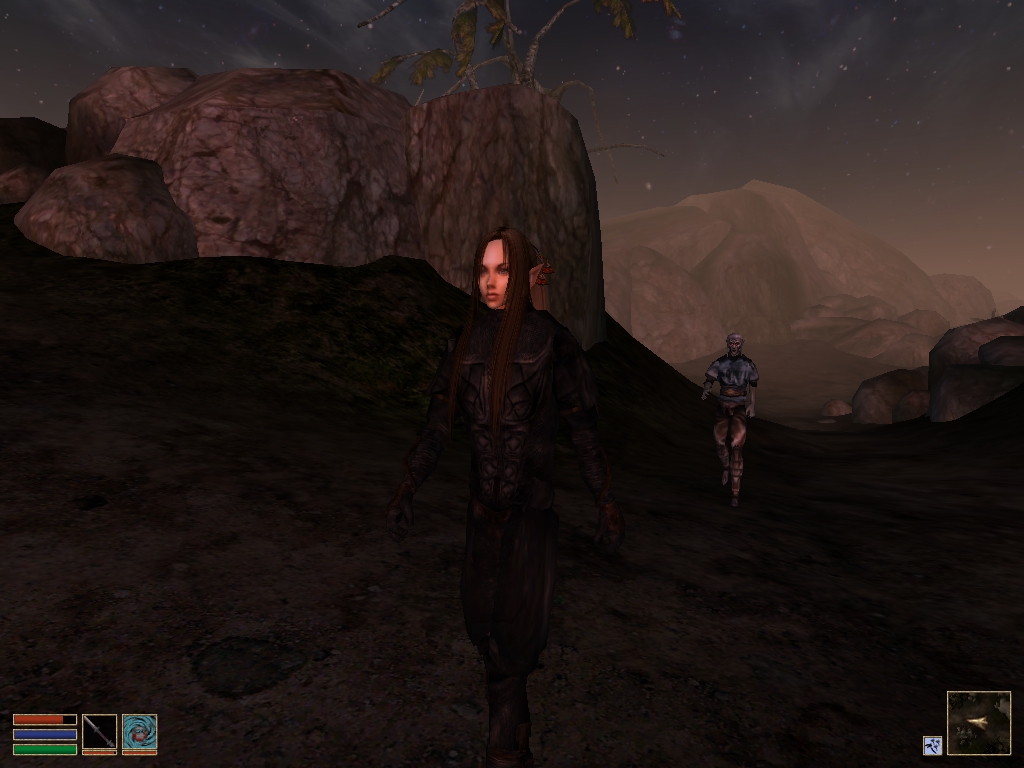 Each time you play, you can have a very different experience, and take your character in a very different direction. For example, my last character was a warrior who joined the imperial legion, and took side jobs from the fighters guild. The game was very combat oriented and my missions usually required me to travel to far off places and clear out caves and dungeons from bandits, thieves, poachers and other scum.

My current character is a Thief quickly rising through the ranks of House Hlaalu and the Thieves guild. Most of my missions include some sort of subterfuge, diplomacy and subtlety and I hardly ever need to leave civilization behind and trek through wilderness. The difference between these two experiences is so striking, it’s actually hard to believe it’s the same game.

And this is why I know I will likely revisit this game many more times in the future. I still haven’t really finished the main quest which is actually quite interesting in itself. I never seriously played as a wizard character, and never really explored the locations added by Tribunal and Bloodmoon expansion sets. One day I will likely exhaust the pool of possible character combinations, and explore most of the interesting locations in the game – but it won’t be anytime soon.

Another game that keeps me coming back is… Nethack. While very different from Morrowind at almost every level, it does have similarly vast scope. In fact, it’s actually hard to believe that none of the modern dungeon looting games which model themselves after nethack and other rougelikes (like Diablo and it’s clones) never even comes close to matching the complexity, and the simplicity of these terminal based games. One thing that makes nethack so engaging is that it is always random and fairly unique and unpredictable. The large dose of humor, combined with the permadeath feature make the game both enticing, and incredibly infuriating despite the fact that there is basically no plot, and the “graphics” are made out of ASCII characters. I guess dying in very stupid, unpredictable and random ways is part of the fun. Maybe I’m a glutton for punishment. But I keep coming back to it. Most people do.

Here is a random fact – I own Diablo 1 and 2, and I beat them both. They also have random dungeons, randomized loot drops and similar mode of game play. I did spend unhealthy amount of man-hours playing these games back in the day. But guess what game is currently installed on every machine that I own? Yup, it’s nethack. Go figure.

So what are your most re-playable games? Which ones make you keep coming back to them time and time again? Let me know, perhaps it will become by brand new addiction. :P