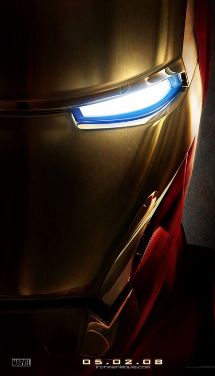 Ever since Iron Man came out everyone kept telling me how unbelievably awesome it was. Best thing since sliced bread! Best super-hero movie ever made EVAR! LIKE OMGZ!

So I watched it…

Before I begin, I have to confess some level of ignorance of the original source. I never really followed the adventures of Iron Man or the Avengers so I don’t really know the origin story that well. But as with most of the old school Marvel super heroes their history is full of retcons and modernizations. For example, I know that initially Stark was wounded in Vietnam, which later magically changed to Afghanistan. The movie itself uses a variant of the more recent storyline and I really can’t pick on that.

From what I know, originally Iron Man’s chest piece had no internal power source and had to be re-charged every day making him heavily dependent on external power sources. In the movie however the chest piece is essentially a super efficient “arc-reactor” which not only powers the magnets that keep shrapnel from entering Stark’s heart but is also the power source for his suit.

Nut never mind that. The movie was not half bad. I think that something finally clicked in Hollywood when they realized that DC is actually fucking winning on good super hero comic book adaptions. They had Batman Begins which was widely recognized as awesome, and now Dark Knight in which Heath Ledger rules so hard it is not even funny (well, at least that’s how it looks in the previews). What does Marvel have?

They have Spider Man which went from decent to totally embarrassing. The third part is actually so painful to watch I mostly blocked it out. They have Daredevil which is very much like Spiderman 3 only it did not need two sequels to get that way. Same goes for Electra which is actually probably worse than Daredevil. There is Ang Lee’s Hulk which is complete rubbish. Fantastic Four – I’m at a loss for words here. So bad that I pretend that it never happened. What else…

Ghost Rider was so horrible that I only managed to sit through half of it. X-Men was decent, but they played fast and loose with the source and for some reason decided to marginalize pivotal characters. Storm had like a single line in each movie, Cyclops was an ass and got killed of and Rogue went from strong, opinionated and powerful southern chick to totally emo teenager from the suburbs. They get major points for “I’m the Juggernaut, bitch!” but while the trilogy is entertaining and popular it is clearly not in the same ballpark as Batman Begins.

Iron Man is a valiant attempt to bring awesome to the Marvel universe on the silver screen. I actually liked it. Believe it or not, but someone finally managed to write a Marvel inspired screenplay that was not totally ridiculous and keep reasonably close to the source. There are departures of course – for example Obediah Stane (aka Iron Monger) is actually working for Stark here, and his armor is based on Stark’s prototype which was lost in the desert. But I can understand why they did this – it simply lead to a better, more cohesive story.

Robert Downy Jr. was incredible as Tony Stark – they couldn’t have picked a better actor to play this role. I think his personality pretty much drives this movie, and makes it work.

There is a lot of humor in the movie, but it is not forced or gratuitous. It usually hangs on Downy Jr’s delivery and timing which is impeccable. There is also suspense and drama, and bad-ass super-hero combat but it is neither not overbearing nor over the top. It is just the right mix, and the overall tone is rather lighthearted. They were trying to make an entertaining summer blockbuster and they have succeed.

And of course there is the ending. I think I can say it, because by now it is no longer a huge spoiler. The ending clearly sets the stage up for The Avengers movie which is actually awesome in my honest opinion. I always thought that the Marvel inspired movies were incredibly sterile and isolationist as compared to the comic books which were full of crossovers. Now it seems that all the new productions connected to Marvel will have small teaser cameos helping to gel these distinct productions into a cohesive whole.

Iron Man gets my seal of approval, and I do not give it lightly. It is not perfect, but I believe it is one of the best adaptation of a Marvel line so far. I’m watching and reviewing The Incredible Hulk next so let’s hope this new trend continues.