What I am about to show you is known as the Design Circle or 360 Degree Design principle. It states that you initial design and/or layout is usually correct, but it will never be accepted by the client who will keep changing it until he gets back exactly what he started with.

Let me illustrate this using an example. I was asked to put together a simple static page existing website. It was a bio of a VIP of some sort with name, title, picture and some text. The headers, footers, color scheme and the off-color sidebar part seen in the picture below were all parts of the existing design. All I really needed to do is to copy and paste the text into the template and then put the picture somewhere.

The sidebar area on the page is not really used for navigation but for displaying quotes and/or images related to the content (the navigation is in the header). Thus, it seemed a natural place to put the picture. My original layout looked like this: 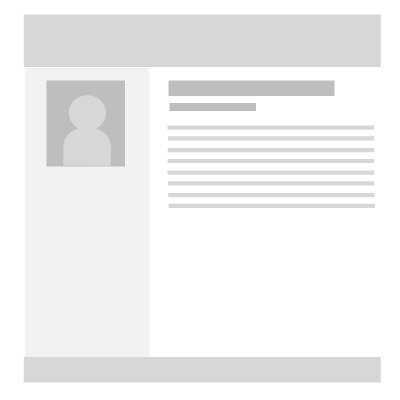 I sent the sample to the client and she was not entirely pleased. She asked me if we could “move the picture under the name”. I didn’t really know what that meant, and she could not explain it. About 6 emails and a phone call did nothing to actually make this any clearer so I took a guess and did this: 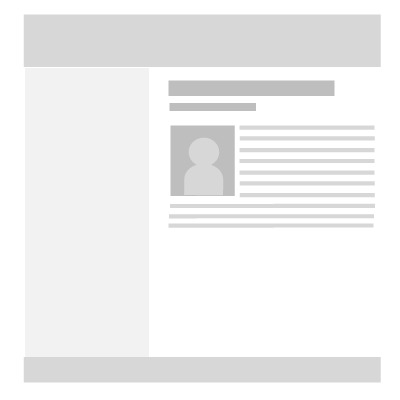 Can we move it under the name?

“Better”, she responded, “but it should be to the right”. Fair enough, I flipped the image around and sent it back to her: 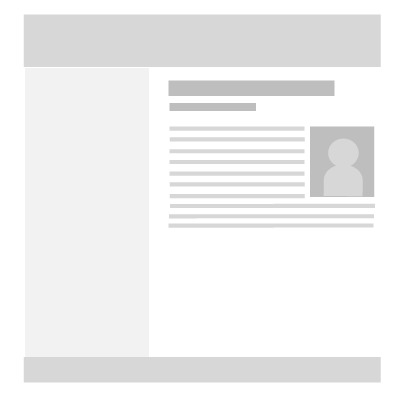 I meant on the right side

Apparently that was not what she wanted. She wanted it “under the name”. We went back and forward trying to define what exactly did it mean. I even took a screenshot of the website and put a grid over with letters and numbers. I was like “right now the picture is in square F5. Please tell me which square should it be now and I will make it happen”. Of course she ignored the grid and after 5 or 6 more emails she finally told me she wanted it to be “above the text, right aligned”.

Hoping that we were finally getting somewhere I repositioned the heading a little bit to accommodate the picture: 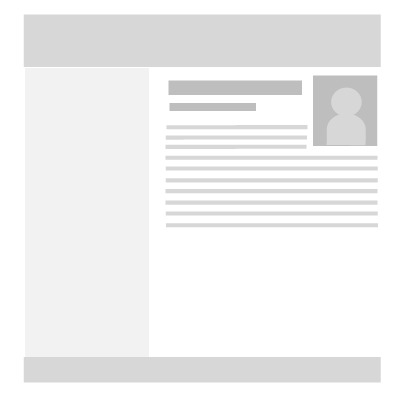 This turned out to be wrong. Apparently this was “above the name” according to her. It didn’t look “above” to me – it was aligned with the heading, but whatever. She explained wanted it “below the name but above the text”. I figured that this translates into not wanting the text to wrap around the picture.

Now that confused me a little bit as it just seemed awkward. That would push the paragraph down and create a huge gap in the middle of the page. She said she doesn’t mind. I asked if she wanted to make the picture smaller, but she said it was the right size.

So I did it, knowing full well that it will get rejected: 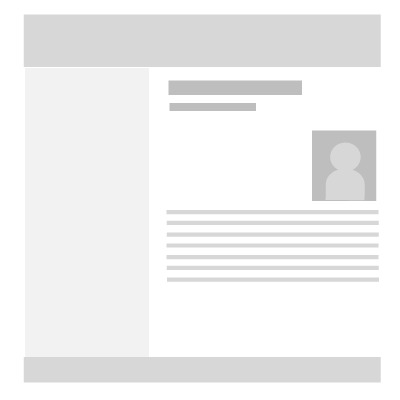 No, under the name

She admitted that this created to much of a gap the page and she asked me to move it back to the left and have the top of the picture align itself with the top of the name: 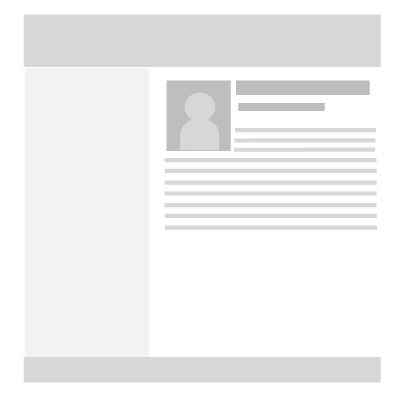 Let's put it back on the left

Guess what? Wrong again. She wanted the “far left” or the sidebar. Where does this get us? Back to the square one:

I took the original design and re-sent it to her. Verdict: Perfect!

Actually she was very proud of herself for figuring out the right layout.

“It took quite a bit of tweaking but I think we finally got the right design for this page! Thanks for your help Luke.”

No problem! It’s not like I have like 20 other projects that are due yesterday sitting on my desk. It was totally worth the time. I mean, I’m really glad we didn’t go with that first draft layout I sent to you. That would have been a disaster.

I probably should mention this is not the first time this has happened, and not the first person who insisted on going through this exercise. This is actually a typical design procedure for me. I make something, they change it and re-design it until they get back to the initial design.

The downside of this is that a simple 5-10 minute task turned into a drawn out project that took 3 days to accomplish and required over 20 emails and 4 phone calls to complete.