Several people asked me what I thought about “The Social Network”. I think I became sort of a litmus test for technological competence in Hollywood movies. I just have very low tolerance for the lazy and outlandish portrayal of technology in most movies. Pretty much every single movie that features “hacking” or programming sets me of on a 20 minute angry rant, which I guess some people find amusing. So the friendly neighborhood techno-muggles have been asking me if the “Facebook Movie” commuted any great sins in their portrayal of Mark Zuckerberg’s rise to fame and wealth.

I have finally gotten around to watching the movie, and I can confidently say that no, they didn’t. In fact, this movie is a great example how you portray hacking and programming in a way that is both realistic and accessible to general public. You don’t need to make it look like a video game to make it exciting – that’s why actors are there. It is their job to convey to the viewers how they are supposed to feel about the incomprehensible stuff that is going on on the monitor. Their dialog reveals what they are doing in layman terms, their attitude and emotions is what gets the viewers how they should feel about it, and occasional buzzwords and jargon are there for the added realism and geeks like me. 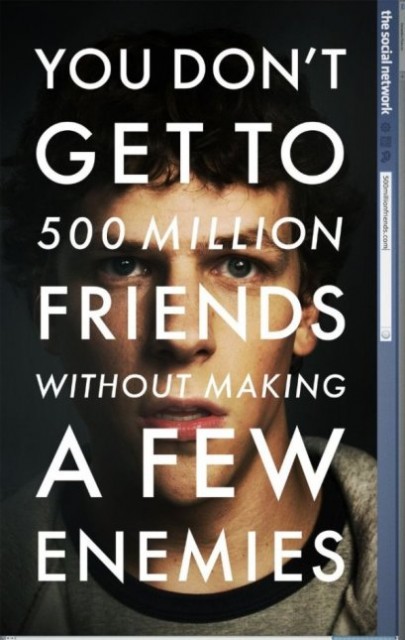 I especially liked the opening scene in which Zuckerberg hacks into the servers of all the different houses in order to download pictures of female students. For the clueless viewers, it establishes the main character as a knowledgeable, hacker/programmer. His drunken rant sprinkled with technological jargon is a great introduction to this character. But if you use your computer for a little more than Facebook and Youtube that same monologue gives you a very clear idea what he accomplished that night: namely that he didn’t even have to compromise any of the servers, he just scraped the websites for pictures using wget, and some pearl or python scripts to automate form based searches.

I thought this was a great touch, and it evidently did not ruin the movie seeing how all the non-technical folk keep telling me how great it was. It can be done, and it can be done well. So the apologists who always defend shows like CSI or movies like Live Free or Die Hard for their technical inaccuracies can go suck on it.

One of the interesting things about the movie is how it tries to build Zuckerberg up as this misunderstood computer genius, even though the evidence they use to back it up clearly points that the exploits he was known for were not all that impressive. The only unremarkable thing about his Facesmash prank was it’s reach, and the amount of buzz it generated. Similarly, Facebook started as a pretty simple web application. There was nothing revolutionary about it – it was just simple, robust, clean and useful. I’m not saying he is not a smart guy – I mean, he went to Harvard, and I’m pretty sure they don’t just let anyone in there. But let’s face it Facebook could have been written by any semi-competent CS undergrad. Sadly, most such projects never actually go anywhere. Zuckerberg was simply driven, ambitious and bold enough to launch it and make it into something. And he had access to Eduardo Saverin’s extensive address book which provided him with a critical mass of users on the first day. At least that’s how they portrayed it in the movie.

It just goes to show that like most big companies out there, Facebook started with bunch of lucky coincidences. Zuckerber was lucky to stumble upon Winklevoss brothers and their silly business proposition. He was smart enough not to work with them and instead develop his own product that implemented that idea in a better way. He was lucky enough to have known Saverin with his deep pockets and his extensive social network that seeded the service with users. Finally he had enough foresight to incorporate, not to sell the company short when it started generating buzz.

I wonder what Zuckerberg really thinks about his portrayal in the movie. How much of the story is really factual, and which parts were made up for dramatic effect? He really haven’t said much about it in the interviews. It seems that he had issues with how the movie portrayed his romantic life, but I haven’t seen any other comments. It’s pretty wild to see a movie being made about the life of someone who is still alive – especially when that person is as young as Zuckerberg.

Regardless whether the film was mostly rooted in fact, or mostly made up, it gets my seal of approval. It treats technology with respect, and does a very good job telling a compelling story of the biggest social networking website in an interesting manner. Especially considering that there is not that much interesting stuff happening there. Zuckerberg gets sued by two bitter jocks who think he stole their idea, and has business disagreements with his former partner. That’s about it. And yet the movie manages to take that material and turn it into a fast paced, entertaining film about technology, big business, friendship, and betrayal.

Is it worth watching? Yes, it is. For two reasons. Firstly, just to see a realistic portrayal of hacking and/or programming. Secondly, because it is current and relevant. It is very interesting to see the humble beginnings of one of the current web giants. The social network manages to portray them only with minimal over dramatization. It is a good movie, so watch it.


7 Responses to The Social Network