I have been waiting for this movie since 2009. Actually, scratch that – since 2007 and it was worth it. I don’t have to tell you that Marvel’s grand experiment in bringing the comic book shared continuity concept to the silver screen was an astounding success. The box office figures speak for themselves: it was the biggest opening weekend since forever. Not only that, the movie continues earning barrels of cash nearly two weeks after release. I went to see it last Saturday and luckily got ticked long in advance, because by the time we got to the theater all Avengers time slots were already sold out. This movie was a tremendous risk – if it bombed it could prematurely end the great superhero boom we are currently experiencing. Fortunately, the exact opposite happened: Avengers is a living proof that shared continuity superhero team-ups can, and do work. Not only that – they are the golden meal ticket that studios have been waiting for: a long running franchises that can be milked indefinitely, and which can amortize weaker movies by incorporating them into a grander over-arcing plots. It’s a magical formula for printing money – and good news for comic book nerds all over.

When Joss Whedon was announced as the mastermind behind this project, many people wondered if he can handle something of this magnitude. Can a guy mostly known for creating beloved, but unfortunately short lived TV shows carry the biggest and most important summer blockbuster in recent years? The answer is yes. Weedon was the best choice. The only choice. Having watched the movie, I do not think anyone else could have directed this film. Not only because he understands the genre – because he really does. When I was watching Avengers, I felt as if Whedon took that itemized list I made in 2007 and nailed every single point on it. Hell, he did things I did not even think about back then. He clearly studied all the Marvel movie ventures to this date, and drew conclusions from their mistakes, electing not to repeat any of them. But that’s not the only reason why he was the best person to make this film.

Unlike most screen writers and directors that work on summer-time popcorn flicks, Joss understands characters. Avengers had to be about characters – the heroes had to have chemistry and work well together for this entire venture to work. You can’t just say they are a team – the audience has to see them become a team, and believe it. This is something Whedon does very well – all his creations to date had really great ensemble casts of characters, and most of them were telling character driven stories.

Most of the movies that led up to the Avengers were plot driven. Thor, Captain America and Hulk were all concerned with telling compelling stories. The heroes were there, mostly just tagging along for a ride – tugged along here or there as the plot demanded. Iron Man movies were a notable exception, mostly because they were Robert Downey Junior driven productions – half improvised, half adlibbed mess that was carried by the undeniable charm and personality of the leading man. The Avengers movie was different. Joss Whedon did not start with a plot – he started with characters. 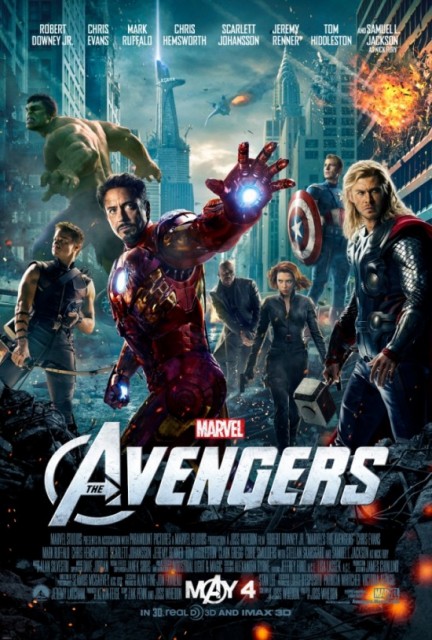 All the members of the team are introduced, fleshed out, given motivation and the plot is more or less the function of the sum of their goals, motivations and personal agendas which collide and intersect with each other. Even though this is a movie about super-hero team-up, for most of the movie there is no team – just bunch of guys with bigger-than-life egos bickering about nonsense. But when they finally work out their differences and start working together, it does not feel forced or rushed.

Whedon understands the source material, and he seems to have a great feel for what the characters should be, and how they fit into the story. He carefully cherry picked what worked from each characters respective movie and dropped what did not. For example, Iron Man and Captain America are mostly intact – their characterization is consistent with what we had seen before. Thor and Hulk however have been revamped.

The former is no longer the brash, foolish, naive spoiled brat – he is more mature, wiser and more balanced and more responsible as you would expect from a god of thunder. This is a very welcome change – the child-like, infantile Thor was rather annoying, albeit necessary to tell the morality tale / coming of age story of his own movie. Now he is sent back to Earth as an adult, and a powerful agent and ambassador of his people. He is still proud and short tempered but no longer a fish out of water. Whedon gives him a new niche, as he chose to have the time-displaced Steve Rogers to play the “stranger in strange land” fiddle this time around.

Going into Avengers I was really expecting to see Thor and Tony Stark get in a pissing match, because the movie seemed to be only big enough for one dude with grossly overblown ego. But such a petty squabble turns out the be beneath Whedon’s much improved Thor. Instead Stark’s rampant individualism and egoism crashes with Steve Roger’s patriotic ideals and military discipline – a much more interesting conflict to watch.

The Hulk was rebuilt from ground up – it had to be, since Ed Norton did not come back to reprise his role as Bruce Banner. This actually turns out the be a good thing, as Mark Ruffalo’s interpretation is much more interesting. His Banner is much geekier and much more nuanced character. Norton’s character had a deer-in-headlights quality to him – he mostly reacted to plot cues, and came off a bit whiny. Ruffalo’s character is sharper and more confident. He is passive aggressive, manipulative, resentful – a polar opposite of Tony Stark, but at the same time his intellectual equal. What I liked the most about this character is that Ruffalo is able to play a laid back, goofy Banner while at the same time giving him this quiet undercurrent of soft boiling rage. He is a man balancing on the knife edge and fighting real hard to maintain his mellow demeanor against all odds.

When he turns into Hulk, he becomes an unstoppable force of nature. The big green guy has starred in several movies and TV shows up until now, but Whedon is the first director who has absolutely nailed the essence of this beast. The way he moves, the effortless way in which he smashes and dominates even the strongest opponents – this is the Hulk we have been waiting to see for years.

The difference between Joss Whedon and other directors who handled Marvel Properties is that he can take such non-characters as Scarlett Johanson’s Black Widow, and Jeremy Renner’s Hawkeye and turn them into fully fleshed out members of the team. Despite considerable amount of screen time in Iron Man 2, Johanson’s character was nothing more than eye candy. Whedon needs exactly 5 minutes to establish and build her up as a devious, manipulating super-spy with strong work ethic and personal goals and motivations. Her subplot non-pairing with fellow agent hawk-eye is refreshing, but at the same time very Whedonesque – they owe each other their lives, and they obviously have some history and some pent-up sexual tension but they do not immediately fall into each others arms, but instead opt for professional camaraderie.

Finally, Whedon has a knack for writing and directing villains that are goofy and bad-ass at the same time. Loki was a complete wuss, and a push-over on Thor. I just did not believe he could make a compelling villain in Avengers, but Joss pulled it off. He builds upon his characterization from the previous movie, but not without giving him a moment to shine. When Loki first appears, he instantly wipes out an entire room full of armed Shield agents without breaking a sweat, just to establish him as a credible threat. Next we see him take few pages from the Joker’s notebook, establishing himself as a complete and utter bastard who likes to play mind games with his victims. By the time the heroes get to fight him, the audiences already managed to forget how much of a pussy he was in Thor.

Whedon did an absolutely amazing job on this movie, and his cast delivered great performances each. Does this mean Avengers is a perfect movie? No, it’s not. At the end of the day, it is a silly summer popcorn flick. It is not high brow entertainment, but it is damn entertaining. In my honest opinion this is the best installment in the entire series. Better than The Incredible Hulk, better than Thor, better than Captain America and better than both Iron Man movies. This is how summer blockbusters ought to be done.