HOWTO Improve Your PC Gaming by 100% in 5 Minutes

I play video games on a PC. I know this may come as a surprise to some of you – after all I typically don’t blog about gaming that much at all. I mean it’s not like I have a dedicated category for PC game reviews or anything like that. It would be silly, don’t you think. But yes, I am a PC gamer, a firm believer in the One True Gaben (may he deliver HL3 unto us as it was foretold at the dawn of time) and I actually never really felt the need to own a console. 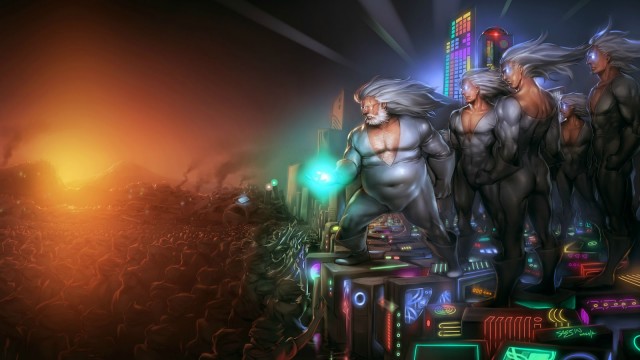 Actually, this is a lie – I used to own PS1 (btw I am so glad you can still say Playstation 1 without having to clarify you mean the first generation rather than next generation as it is now the case with Microsoft’s XBONE console) back when we lived in caves and I rode a dinosaur to school every day, uphill and in a snowstorm. I never really upgraded it, because I realized that PC had all the games I wanted to play. There were only two times in my life when a console exclusive made me consider actually investing into one of them gaming boxes, but both times I resisted.

The first time was when Shadow of the Colossus came out, and everyone was raving about how amazing that game was and how they totally cried when the horse died or some shit like that. But I resisted that temptation. The second time was when The Last of Us came out, and internet was raving about how good that game was as well. But there would be no point in buying a PS3 now that PS4 is around the corner just to play one game, which despite popular belief (and to my great disappointment) does not include Ellen Page (she is in another game though).

To wit, I won’t be buying PS4 either because my computer is still pretty decent at running new games. So unless PS4 has like 20 mind blowing, incredible exclusives that are right up my alley then there is no point. I probably don’t have to mention I’m not even considering XBONE at this point for obvious reasons. Speaking of which, isn’t it great that gamer kids on Reddit learned to hate Microsoft now? They were all still in the womb in the 90’s when we were hating on Microsoft on slashdot, and I was always kinda baffled by the MS love on that site. Now it feels like the good old days again. But I digress.

If you are a PC gamer like me, we have a common enemy. This motherfucker: 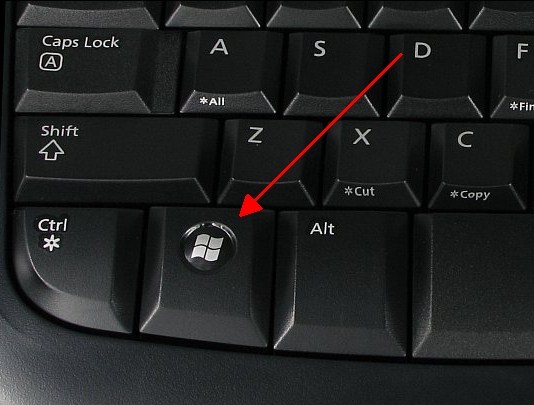 Don’t even try giving me that look! You know exactly what I mean, don’t you? You hate that asshole key just as much as I do, even if you don’t want to admit it. We all do. But wait, let me explain this to the unwashed console peasants.

Peasants, listen up. Firstly, don’t blame me for calling you that. All complains should go directly to Yahtzee and his Zero Punctuation video that spawned this meme. Secondly, let me explain the Windows key to you. When you run Microsoft’s OS it functions as a mostly useless meta key. By default when you hit it it bring up a start menu, but it’s main function is to be used in hot-key combos. It is a component of about dozen or so keyboard shortcuts, among which the Win+L combo is the most useful one as it lets you quickly lock your screen when you get up from your computer. If this was all it did, there would be no reason to hate it at all. But it has one weird property.

For some reason, when you hit it while running a full screen application (such as a video game) it will instantly minimize it to the task-bar and bring the start menu into focus. In essence it does exactly what Alt+Tab was designed to do but it is infinitely easier to hit by accident.

The Windows key typically sits in a very privileged spot on the keyboard: on the left side, right between the Ctrl and the Alt keys. Majority of PC games use the WASD key block for movement, and surrounding keys for various actions. For example in FPS games the control key is commonly used for crouching. Some games also use the Alt key – especially ones that have a lot of hot keys. A great example of this is DOTA2 which pretty much uses all the keys on the left side of the keyboard: ZXCVB keys for items, Ctrl for giving group orders, Alt for auto-cast, and etc. In other words you are expected to hit all the buttons around the Windows key, without ever touching it. You can probably imagine that in the heat of the moment, a bad positioning of the hand can lead to accidental hit of that dreaded key. In multiplayer games like DOTA2 it usually means you die because the context switch between the game and Windows and back may take anywhere between 5-10 seconds during which your in-game avatar is going to just be standing there doing the idle animation. That’s more than enough time for the enemy to kill you.

Naturally, some game designers know how annoying this can be and so they disable context switching completely. This however is a controversial thing to do, as many gamers enjoy the ability to “tab out” of the game to for example check a game guide, write an email or do something else. The ability to switch out of the game is not a problem: the problem is positioning of the key that triggers that action. And unfortunately that’s not something that a game designer can change.

The good news is that the person that can actually do something about it is you. Yes, you. You have a screw driver level access to your computer, so you can do anything. And no, I’m not advocating prying off the damn key – screwdriver is just a metaphor here. We actually do not need to stoop down to barbaric hardware mutilation, when we can use software.

In my Least Useful Key post I mentioned the Map Keyboard tool by Inch West. In the past I used it to re-map my Caps Lock key to Esc because this made my life easier when working with Vim. I figured I could do the same for my gaming.

The question is, what should the key be remapped to? With Vim I knew exactly which keys I wanted to swap places: the useless key with the super useful one. Windows key however has legitimate users, but I don’t want it around when gaming. I have spent most of my life trying to avoid hitting that key while in-game so there is really no point binding it to anything as this would be wasteful – old habits die hard.

So I decided to disable it completely. Nowadays my left Windows is a dead key – the OS simply ignores it. A lot of keyboards tend to have two of these (one on each side) so if you disable the left one, you can still use the right one. My keyboard didn’t actually have one on the right (which is actually smart, because there is really no reason to have two) so I re-mapped my right Ctrl key to work as Windows key.

Why? Well, I’m a power user so I actually do use some of these Win key shortcuts, so I didn’t want to deprive myself of them. On the other hand I don’t think I have ever in my life pressed the right Ctrl. In fact, I wasn’t aware it even existed on my keyboard until I started looking for an alternate key to bind Windows to. So it ended up working well.

Ever since I made that change, my enjoyment of video games has hugely improved. It is now impossible for me to accidentally minimize my game in the heat of the moment but I have not lost the ability to do it when I want to. For that I can use the right Control or Alt+Tab. I honestly think every PC gamer should do this.

Have you ever considered doing something similar on your machine? What was your most frustrating Windows key moment? Let me know in the comments.