I wrote a lengthy post explaining why I do not find shows like The Big Bang Theory very appealing back in September 2010. Since then, not much has changed in the way geek culture is portrayed on TV. I find it quite ironic, considering that there has been a significant shift in popular opinion and what used to be considered fringe nerdity is now nominally mainstream. Stuff that used to be confined to the cultural nerd ghetto and shunned by the majority is now openly consumed by the people that were doing the shunning just a few years ago.

Let me give you a few examples. Every once in a while there comes a TV series that imprints itself on popular consciousness. A few years past, that series was The Sopranos – a gritty but often touching drama about the lives of New Jersey gangsters and their families. Today that series is Game of Thrones – a high fantasy series taking place in a completely fictional setting featuring dragons, knights and sorcery. Just about everyone I know is watching it, including my co-workers. That one fateful Monday everyone had something to say about The Red Wedding – starting with the CEO and ending with the janitor. This is quite a bit of a cultural shift, don’t you think? 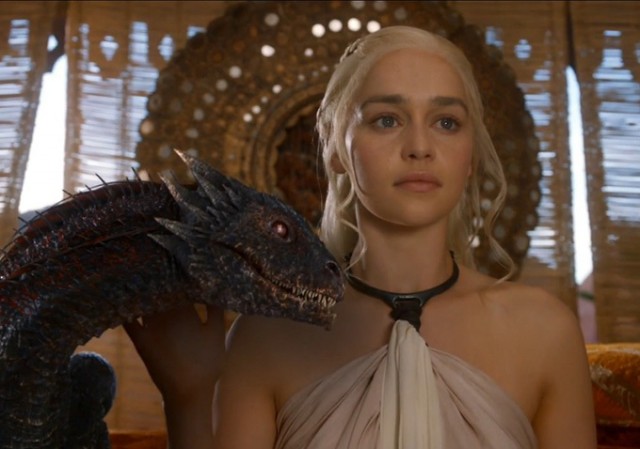 Can you believe that this show is more popular than Sopranos?

Similar thing happened to super heroes. Once upon a time, following adventures of costumed crime fighters was the epitome of geekdom. But thanks to Marvel’s Avenger’s series, all kinds of people feel comfortable loving characters such as Iron Man or Captain America. The movies are not merely accepted or tolerated, but instead celebrated and beloved by the mainstream audiences. People who never read comic books are just as excited to see the next big Marvel movie as life long comic book nerds. In fact, because of the movies reading comics is no longer as stigmatized as it used to be.

Chris Hardwick has a talk show that airs after the critically acclaimed AMC series The Walking Dead where he invites various celebrities to discuss that nights show. It is quite an unusual show because the guests are actually not allowed to promote their own work – they are there to geek out on live TV and discuss the current episode. Most guests openly admit to being fans of the comic book on which the series was based.

Technology itself has also become much more mainstream and public. Everyone is more connected and engaged in social media and being adept at exploring and exploiting the benefits of these software platforms is no longer considered geeky or nerdy. Mobile hardware such as phone and tablets are coveted status symbols for everyone, and whenever a new version is released just about everyone gets super excited.

There are fewer and fewer things that can still be considered truly geeky. Being a Trekkie used to earn you an automatic geek badge, but nowadays TNG and DS9 fans typically can get a free pass because the J.J. Abrams movies. When I was growing up the only people who knew about Tolkien were fellow nerds and literary buffs, but thanks to Peter Jackson he is now a household name known and beloved by just about everyone.

Some people bemoan and complain about this appropriation and dilution of the true nerd culture, but I personally celebrate it. I think it is great that the things I like are finally being appreciated and accepted by the mainstream audiences. I love the fact that I can now talk about my favorite things with people who just a few years ago would just roll their eyes and scoff – but who now are totally into this stuff. It is a wonderful thing and we shouldn’t be hipsters about it.

Unfortunately our media is still refusing to accept this cultural shift, and nerd shaming series such The Big Bang Theory still exists. Both Hollywood and TV studios still cling to the outdated nerd stereotype: poor social skills, pocket protector, taped up glasses, etc. Most “nerd” characters are one-note, shallow, uninteresting and used primarily for comic relief. Producers and directors are still absolutely terrified to even briefly comment on anything that could be considered geeky or nerdy, unless it is to mock it. And so the stereotype of a nerd as a reclusive shut in, and a social leper who is to be shunned is perpetuated, but only on the silver screen. This demonized and much maligned TV nerd does not actually exist in real life.

Actually, that’s a lie. There are some series out there that not only do acknowledge this shift, but also create compelling and interesting nerd characters. For example, in one episode it is revealed that most of the characters on NBC’s Parks and Recreations are actually fans of Game of Thrones:

Game of Thrones reference on Parks and Rec

The typical TV series approach would be for one character to admit to liking a fantasy series and then shun and belittle said character because of it for comic relief. Parks however cleverly exploits the fact that GoT is about as mainstream as you can go right now, and instead chooses to invert the trope and poke fun at the character who does not watch the series.

That same series also has one of the most positive and interesting “geek characters” you can currently find on TV: Ben Wyatt played by Adam Scott. Ben is most definitely the nerdiest of the characters on the show, in probably the most classical way possible: he enjoys science fiction, reads comic books, obsesses about TV series, voices his strong opinions about Peter Jackson’s interpretation of Lord of the Rings and J. J. Abrams’ take on Star Trek. When he is depressed and his friends encourage him to treat himself to something nice and expensive he buys a Batman costume. That said, his geekiness is not actually the focal point of his character.

Ben Wyatt after getting food poisoning from his favorite dish.

While his nerdy interests and obsessions are frequently used as punch-lines, he is actually a pretty well rounded character. Unlike for example Big Bang Theory’s Sheldon who is mostly a one-note joke delivery robot, Ben actually has life, goals and worries that have nothing to do with his interests. If anything, he is actually one of the most competent, level headed and capable characters on the show and his nerdiness is only one of his many quirks: some of the others being his weird obsession with calzones or his failed political career as the youngest and worst mayor in history.

The thing I really like about how Parks approaches this character is that even when Ben has an outburst of geeky monologue the audience is typically expected to laugh with him rather than at him. Whenever Sheldon has a bout of verbal diarrhea, there is usually a considerably less nerdy character in the frame who is instructed to roll his eyes and make exaggerated sighs. When Ben does the same he often gets the upper hand, or at most gets a shrug and then the scene moves on to something else. In fact, compared to characters like Ron Swanson, April Ludgate or Tom Haverford, Ben’s interests and obsessions actually seem normal and rather mundane.

Which is how it should be. I think this is how nerds should be portrayed in sitcoms: as actual people with varied interests, goals and desires rather than one-note joke characters devoid of depth and nuance.

Can you name other TV or movie characters that can be considered geeks/nerds but without falling into the usual “OMG, what a nerd – let’s laugh at him/her” trope? What are other examples of positive, non-mocking portrayal of geek culture in the media? Can you name any?

This entry was posted in tv. Bookmark the permalink.


8 Responses to Nerd Portrayal on TV