Human brain is a wonderfully complex apparatus that we have yet to learn how to replicate and out-perform in-silico. But it is not perfect. Our memory for example is rather unreliable and hard to manage. While memorizing data comes relatively easy to us, recalling it back from long term storage can often be difficult if not impossible. Our ancestors have developed a lot of trigger/association based techniques that aid this process (like the fabled Method of Loci, masters of which pin their memories to the walls of imaginary dream-mansions) but we have mostly lost these arts when we developed more reliable ways of recording our thoughts. Like writing for example, which unlike memories never changes.

The most fundamental flaw of the human memory is that recall is a read/write process. Unlike fetching a file from a hard drive which never actually changes anything, retrieving a memory is almost invariably modifies it. For each read operation, our brain issues a write back which both aids in future recall, but also taints the memory with new information. This process is cumulative and ongoing, causing your most precious memories to wear out the quickest. This is why you may often have trouble visualizing the face of a long lost love one without it feeling fake and distorted, whereas some inconsequential stranger from the past may stand out in your mind like a eery specter aglow with undeserved high fidelity of detail. 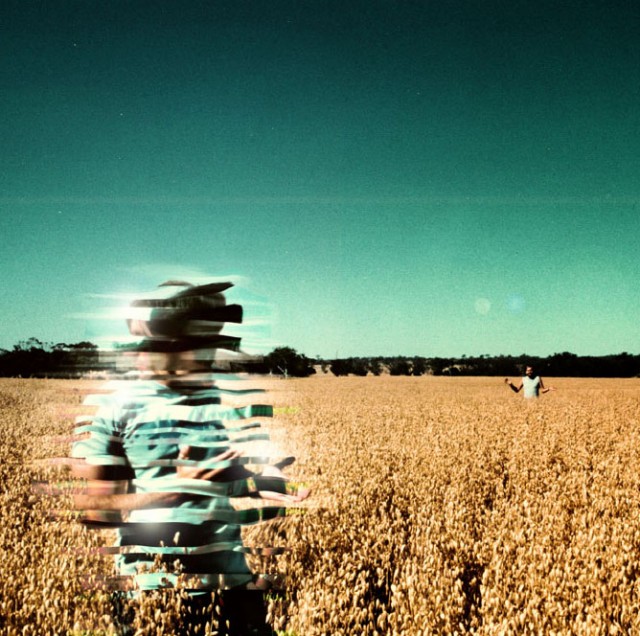 Most treasured memories fade the quickest because you recall them most often.

The side effect of this self-modifying loop is that we can’t remember who we used to be with any degree of accuracy. Without corrective feedback from the outside in the form of stories as recalled by your friends, video evidence or your own writing, your brain will retroactively modify and retcon your past self image, conviction and biases to fit the current ones. Unless you have experienced some life altering event that made you consciously change who you are for better (or for worse) you will likely feel as if you have always been roughly the same person you are now. Except for incremental accumulation of wisdom and life experience your personality and what is more important your self perception and self image, may seem either unchanged or more in line with currently held beliefs than it was actually the case. Sometimes it may get skewed the opposite way too: dwelling on past mistakes blows them out of proportion, turning minor events into major downfalls in with most of the emotional weight has been accumulated over time.

If you do possess a body of writing, especially one that covers personal subject you can often discover long forgotten parts of yourself. Reading your past work can sometimes be inspiring, and sometimes humbling, if not embarrassing experience. Your writing can encapsulate both your fiercest, most triumphant moments and your lowest and most shameful ones. It helps to ground you and reminds you that things you hold sacred now may mean nothing to you in few decades, and that your deeply held convictions may be something you will one day be a source of embarrassment and shame. It reminds you that your ability to reason is merely a function of the data points you are working with at the time. The only true path to wisdom is to be objective, keep an open mind and embrace change. Because change will come, whether you want it or not. Years from now, you will wake up a different person entirely. But you won’t know when or how that happened, because your memory will be retroactively edited to keep a consistent personality template throughout the years.

Here is the interesting part: if your memory is fully malleable, it means you can hack it. If you can direct or at least influence the distortions that get written back at least in a small way, you can potentially change how you remember yourself and by extension affect your current self image. The question of how can this be done is the difficult part. I do not have a foolproof method or a technique for hacking your memory. All I have is an idea.

Your personal writings – records, journals, blogs and etc are a form of permanent record that is not subject to the write-back distortion. However they are far from impartial, and often colored by your current biases, convictions, beliefs and obsessions. Unlike video or photographic record which preserves data points as they are, your writing saves an impression of as you see them. Or as you would prefer to see them, because, after all you can lie.

Granted, lying to yourself about concrete events is more or less futile. Your brain is pretty good at preserving actual events with real-life significance against this sort of self delusion. Besides corroboration from an outside source will always reveal such a lie for what it is, even if you manage to miss-remember something important. However the devil is in the detail, as those fade the quickest and are most prone to the write-back distortion. It’s not necessarily what you write, but how you write it that can affect future reading.

Written word can carry certain emotional payload. The mood of the piece is something you can control regardless of underlying facts or informational content. Can this, combined with artful omission of undesirable subtexts be used as an exploit vector? Reading a record of past event acts as a trigger that forces you to recall the actual stored memories. The words on paper tint said memories with altered mood and/or small detail changes. If enough time has passed since the writing, chances are you may no longer recall exactly what these changes were, or what mood you were trying to evoke so the genuine memory becomes altered by the new message. Think Butterfly Effect but more subtle. Instead of altering the fabric of reality, you’re altering your own self image or your emotional response to a given event.

Of course one day our memories will likely to be fully digitized and we won’t even need to rely on a unreliable write-back vector. We will one day be able to selectively edit and delete stuff that displeases you. Would you embark on such a journey of self-inflictive elective memory surgery? Would permanently gutting the digital records of your past by hand be considered self improvement or self mutilation? Is it better if you make backups? 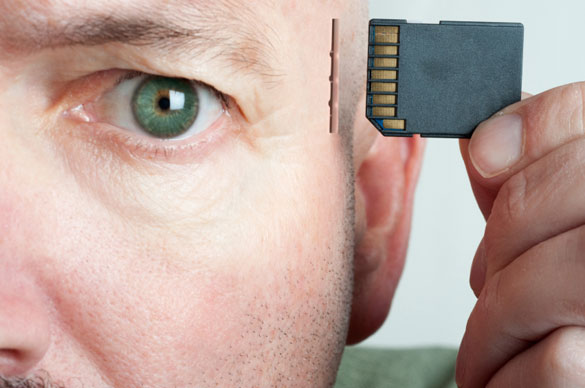 It’s interesting that a lot of science fiction treats memory as something sacrosanct and any meddling with it as undesirable and problematic. Memories are enshrined as the essence of self-hood, protected by check sums and guarded against corruption. But is the concept of self just a function of the data points from our memories? And if our brains constantly pollute and retcon our memories then isn’t our self-hood in constant flux anyway? Personality is not a fixed scalar value that will hash to the same bucket every single time. It is a constantly flowing value bound by range that changes over time. It is derived from past experiences, but it actively modifies those in real time as a response to incoming stimuli. That variability is what defines humanity at the moment.

What will happen to us when we digitize our memories and freeze them in un-malleable form without the write-back vector pollution? Will that make us more static, stalwart and resistant to change? Will we lose our flexibility? And in such case wouldn’t self improvement be a justified reason for manually hacking your memories, convictions and self perception? Wouldn’t you knowingly falsify a few things in your head if it meant you could drop some old inhibitions, unshackle yourself from your fears and become a better, happier and more successful person as a result? And how would that be different from therapists do today? Aren’t therapy just a systematized mind hacking marathons?

This entry was posted in futuristic musings. Bookmark the permalink.