Do you consider yourself a gamer? What does it mean to be a gamer? I submit it means absolutely, fucking, nothing.

There was a brief period in history when this term kinda made sense, as it described those who played video games, as opposed to majority of the population who did not. It also made sense to pretend we actually have something in common due to the fact we enjoy video games back when there was a legitimate threat that government might actually ban this form of entertainment. We felt kinship to each other, because we felt we had a common enemy: a gray haired, conservative lawyer who later got himself disbarred. But that was then. 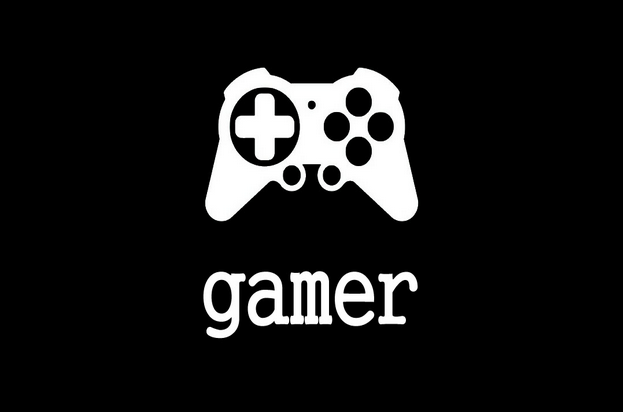 This may represent you… Unless you are a PC gamer. Or use a different console.

Today the term gamer is useless because everyone plays video games and the game industry has gotten so huge and profitable that there is no threat of it ever going away. Take five random gamers and put them in a room, and chances are they won’t have much to talk about other than recent releases or upcoming games. Let’s do a quick thought experiment: imagine the following 6 people who can all be classified as “gamers”.

I made these examples up, but you know that folks like that exist. Think about what all these different people get out of the gaming hobby? Notice how completely different their favorite games are. How broad the spectrum of experiences gaming offers for all kinds of different folks from different paths of life? What do these six individuals have in common? The fact that they consume interactive media using a computer or a dedicated gaming console. That’s about it. 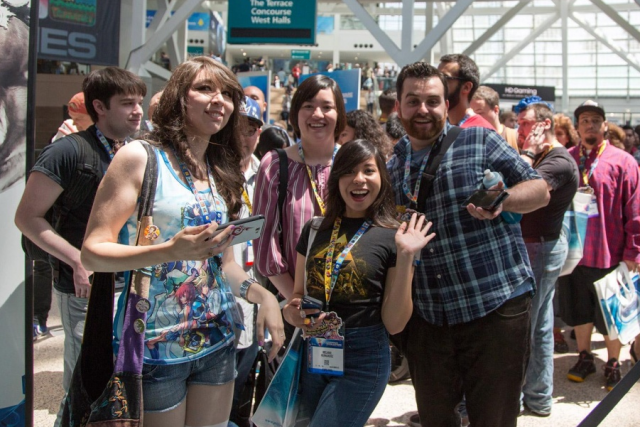 How do we even define who is a gamer? If we say gamer is someone who plays and enjoys video games then this covers almost everyone alive today. This includes your grandma who loves her some Candy Crush on the iPad she got for her 90th birthday. If this is the case, then the term is pretty much meaningless. Why do we even need it? It would actually be more useful to have a term for people who still don’t play video games since they would be a minority. 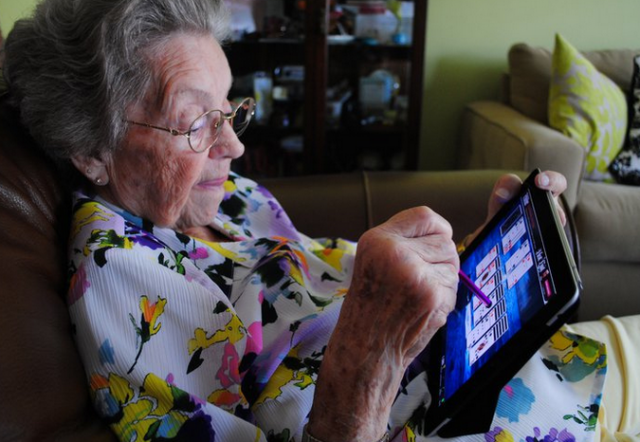 There is this notion, that the definition of the term gamer should be more narrow and constrained. Younger generations for example don’t consider “grown-ups” like parents, teachers or the elderly to be “real” gamers. So is gaming a youth culture thing then? Not necessarily. Teenage Jocks who exclusively play sports games with their bros are as likely to get declared to be non-gamers as teenage girls who spend most of their time typing in descriptive emotes into WoW chat on a slow role playing server.

Some argue that to be a gamer you have to play a certain kind of games. So someone who likes “walking simulators” and adventure games is excluded. Except, perhaps if they like the right kind of adventure games, like Monkey Island or Day of the Tentacle or the right Sierra games. Someone may tell you that a person who only owns a WiiU console and uses it as a primary gaming machine is not a true gamer. Except maybe if they are a huge fan of the correct Zelda and Mario games which are the right kinds of classic games to like. Wherever you draw the line, there are always special exclusions.

Some say that gamers are people who are passionate about the industry, who follow the gaming news and are active in online gaming communities. But that does not seem right either. Folks such as Anita Sarkesian or Leigh Alexander for example are extremely passionate, and very active online, and yet some adamantly claim they are not and cannot be gamers. Same goes for women who spend months crafting elaborate cossplay costumes and go to gaming conventions and conferences dressed up as their favorite video game characters. There is a lot of gate-keeping that allows some people to be “gamers” just because, while at the same time requiring others to have legitimate and “ideologically pure” motives to even want to aspire to that term. 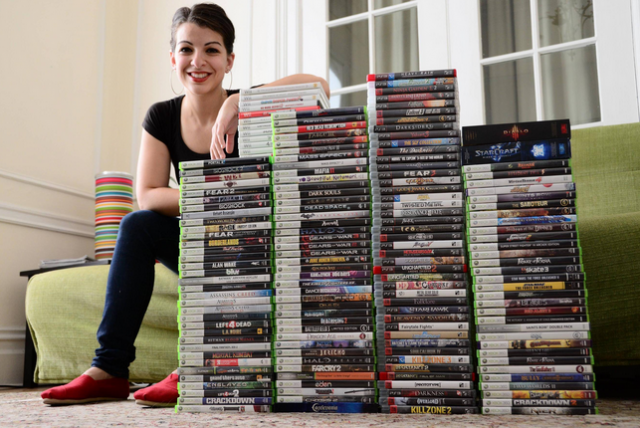 Pictured here: gamer who is passionate and opinionated about her hobby.

What it boils down to is that the term “gamer” is basically used to denote “people who are like me, and who like the same things as I do” as opposed to the others. People who like the wrong kind of games, wrong kind of consoles, or express the wrong kinds of opinions about the games you like are not gamers. Or maybe they are gamers with an asterisk: casual gamers, fake gamer girls, game-bros, posers, etc.. And whether you are in or out of this exclusive club changes from group to group. You might self-identify as a gamer, but whether or not you will be accepted as one outside of your immediate social circles may very much depend on random attributes like the type of games you enjoy, the type of console you own, how closely you follow the industry gossip, your race, your gender, your political views, and etc. In other words, it’s completely arbitrary. It’s basically synonym for “my gaming buddies” or “the folks from my favorite gaming board”. 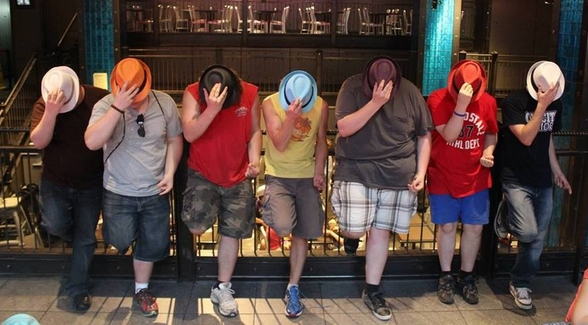 True gamers wear rainbow collored trilbies. All others are casuals.

So the definition of the term is either so broad it’s meaningless, or so narrow and arbitrary it is useless. There is no such thing as “gamer identity” or “gamer culture” because no one can agree on what these things could be. And any group who thinks they know what true gamer culture is, simply narrowed down the definition of the term gamer to conveniently exclude everyone who disagrees. Gaming is mainstream, and so by definition gaming culture is mainstream culture. Gamer is someone who consumes games. Gamer is a consumer of a product. What kind of identity is that?

Note how other media forms don’t have an equivalent term. There is no word for people who watch movies, read books, listen to music or enjoy art. Terms such as bibliophile, audiophile or film buff have an entirely different connotation. We use them to describe connoisseurs with refined tastes and deep knowledge of the medium. But people who are connoisseurs of gaming, and want to analyze games as works of art, dissect their themes and discuss their issues are frequently labeled as outsiders who don’t get “gaming culture” and can’t enjoy a good game. People who are the most vocal about their “gamer identity” don’t see themselves as medium’s experts. They self-identify as non-discerning, uncritical hyper-consumers. 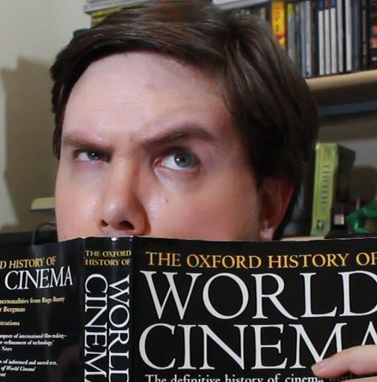 That’s not necessarily something to be proud of or something to aspire to. But it gets worse. In recent years the term gamer started to accumulate even more, derogatory connotations. Yes, I’m aware that in the past some people might have used “gamer” as a drop in replacement for “nerd” when they wanted to be insulting. You could argue that it was always somewhat derogatory. This is different though. These days people who love games, and are passionate about gaming related things are reluctant to label themselves as gamers, because the term has been tainted.

Not only does it describe indiscriminate hyper-consumer but it also stands for toxic, entitled behavior that has always been the bane of gaming communities. Gamers are the angry teenagers shouting slurs, obscenities and threats into voice chat. Gamers are entitled biggots who thing gaming should be a safe space for white males where they can be sexist, racist and homophobic without fear of getting called out on it. Gamers are the people who demand to debate feminists critics and insist on lecturing them about journalistic ethics. Gamers are people who are too busy making seven hour log Youtube vlogs about “Cultural Marxism” and spamming Twitter hashtags with anime porn to actually play any video games. Granted, not everyone thinks this way. But more and more people realize you can be passionate about video games without being a gamer. Especially if large online communities don’t consider you a gamer, and seek to exclude you.

Gamers are this fucking asshole in the background who probably thinks he is hilarious.

Here is the thing though: even if a bunch of entitled manchildren decrees you do not fit their arbitrary definition of what it means to be a gamer, it does not prevent you from playing games or talking about them online or offline with like minded people. Because, again, gaming is mainstream now. There are more and more gaming publications targeted at more discerning consumers, connoisseurs and people who want deeper analysis. AAA publishers are slowly realizing they can actually sell games to demographics other than entitled white male teenagers and college students. As reasonable people simply stop identifying as “gamers” (but rather as, say, game enthusiasts) and disassociate themselves from “gaming culture” whatever that might be, the concept of what it means to be a gamer changes for worse. In such an environment being a gamer is all about performing the right behaviors, and adhering to the right stereotypes. It is about perpetuating the toxicity, aggressively policing those who step out of the line, and extensive gate-keeping.

The meaning is slowly shifting from “person who has acceptable opinions about the games I like and is not member of a group I hate” to “insufferable jerk whom I already blocked on Twitter”.

How will gamers be remembered 20 years from now? Likely as bunch of entitled, angry internet assholes. In fact, it’s entirely possible that the inevitable Simpsons reboot will replace the annoying comic book guy with smug gamer dude whose catchphrase is going to be “actually, it’s about ethics…” Because, lets face it – being a know-it-all fan of comic books is not going to be weird for people that don’t remember a time when Marvel and DC did not dominate Hollywood. Being super smug and weird about liking ultra-popular AAA games that everyone likes on the other hand. That’s actually rather comical.