The Age of Fan Funded Products

When I was a teenager, Kickstart meant something different than it does today. If you told a younger me about a webpage known as Kickstarter, I would most likely assume it had something to do with Amiga Kickstart – the firmware that bootstrapped my computing platform of choice back then. Today however, Kickstarter is a website that converts this: 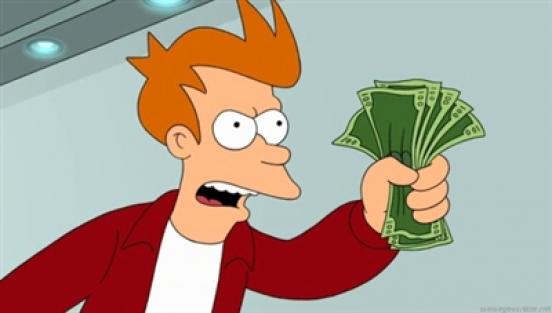 Shut Up and Take My Money

into viable products. Oh wait, you guys know about Kickstarter right? Well, for those of you who do not (hi, how is that rock you’ve been living under for the last few months?) here is a quick explanation:

Let’s say you have an idea for an awesome new product – like an internet enabled, super-sonic ball scratcher. You have the design in your head, you have worked out the logistics of getting it made. You also know there is a demand for such product out there, because you spend a lot of time on ball scratcher forums (you filthy pervert!) and you know there are thousands of people out there who would pay premium for your invention. The only problem is funding – no big company will give you money for this venture, unless you can somehow make it into a social thing that could be sold to Mark Zuckerberg for a billion dollars. Kickstarter is a website that lets you reach the ball scratcher enthusiasts directly and ask them for money to bring your product to the market. It is an idea so simple that it astonishes me we just stumbled upon it now.

I know what you think: isn’t Kickstarter just for stupid iPhone knick-knacks and artsy-fartsy bullshit? I thought so too initially. The first few successful products that got funded were of that exact nature. And yeah, an iPhone case hand-carved out of bones of the most endangered animals might be cool but they are not something I would spend my money on. My iPhone is naked most of the time, because that’s just how I roll. I really did not envision myself funding any Kickstarter projects.

But then people went ahead and started creating projects for things relevant to my interests. Let me show you just a few:

As you might have noticed, most of the things on this list are really, really awesome. Most of them have already been funded, ending up with budgets that far exceeded their expectations. Well, all except the last one, but more on that later. This is something unprecedented. Here we have bunch of video games that could have never been picked up by large publishers, getting made thanks to grassroots funding. Long time fans of franchises that were long presumed dead, now have a chance to see their favorite things be brought back to life – and not by a big studio with meddling executives, but by the original creators who care and love the product as much as they do.

When I first saw Kickstarter, I dismissed it as something cool but ultimately useless. Right about now, it is completely blowing my mind. Not only did it kick the ass of consumer electronics market with products like Pebble but it is now blowing the lid off the video game design industry. Almost overnight it has changed the landscape for the independent game design. Up until now, making an indy game meant toiling in obscurity, alone or with a group of like minded friends, on a shoe string budget and aiming low. The market for the games grew immensely in recent years thanks to the magic of online distribution. Still, some things were always beyond the reach for very small teams:

Kickstarter opens that door an allows a guy with a dream, actually go out there, hire a team of professionals and realize it. You no longer have to aim low, and use stylized 16 bit graphics (I do realize that this is an artistic choice, but sometimes it is forced upon the creators by tight budgets). If your pitch is good, and people like your idea you can actually get a budget for a modern looking, photo realistic game of your dreams.

It is absolutely amazing and I’m really looking forward to all the listed products. How about you? What Kickstarter projects are you excited about? Which ones have you backed? Let me know in the comments.


12 Responses to The Age of Fan Funded Products