I was planning to write a short blurb about the new Batgirl costume design, and then Marvel decided to be awesome and this redesign is no longer even relevant or important. But let’s talk about it for a few seconds before I go gushing about the more important changes in the comic-verse. When the new Batgirl design dropped on the internet we briefly had this conversation about how amazing it was. Her new costume was simple, sensible, practical and even fashionable while at the same time it completely rejected the common super-heroine design tropes. You know, skin-fitting spandex, boob windows and the like. The new Batgirl takes subdued selfies in the mirror instead of striking the spine-breaking, anatomically impossible Hawkeye poses. 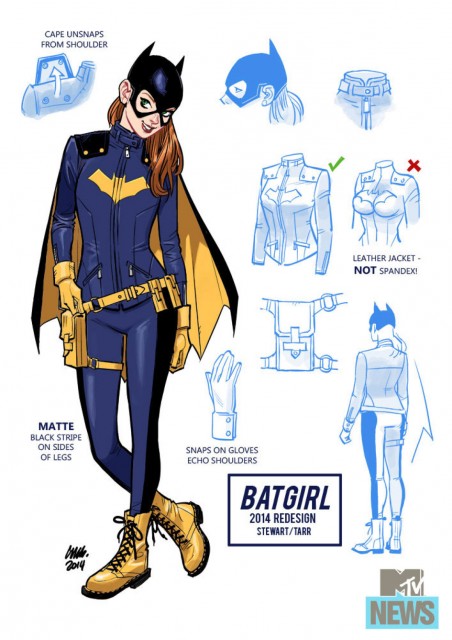 In retrospect it is kinda sad that this design is considered progressive. That a superhero in a leather jacket without a cleavage window and boots instead of ten inch combat stilettos is newsworthy. Unfortunately, we as a society we still have a tendency to draw our comic-book women almost exclusively from male gaze perspective.

I might have mentioned this elsewhere on this blog, but I will soon to be an uncle to a little girl. I’ve been thinking a lot lately on how I could one day introduce her to the world of general geekery / nerdism, and whether or not this would even be a good thing to do. Getting men and boys to be fans of dorky stuff is easy: you just show them how cool said stuff is and they will either get it or not. There aren’t many hidden downsides and there isn’t even that much stigma associated with it anymore. These days no one will really give you much shit for enjoying video games, or being excited for the latest Avengers movie. Besides, male nerds can easily find support systems helping them deal with any possible residual stigma attached to their hobbies and obsessions in the form of message boards, comic book stores, game stores and etc.. If you’re a girl however, being a geek almost always comes with a side order of abuse. Women are typically not welcome in traditional nerd communities. Game and comic book stores are usually man-spaces protected by vigilant gate keepers that insist on all women who enter proving they are not “fake geek girls”. The most vocal members of online communities usually welcome women by saying “tits or gfo” and police their brethren who refuse to join them in the harassment by calling them “white knights”.

Granted, there are communities that are friendly and welcoming to women, and there exist safe spaces where girls can geek out together. But unfortunately these are not the norm. When you introduce women into the world of fandoms and geek hobbies this is something you have to prepare them for and warn them about. If you don’t, chances are the first time they go out there and try to interact with the community they will get burned.

So this has been something on my mind lately, and it almost seems that the universe is conspiring to provide me with resources and solutions to make this work. To wit, Sam Maggs just wrote a book titled Fangirls Guide to the Galaxy which is essentially a survival guide for young women getting into all kinds of nerdy hobbies for the first time. It was written, illustrated and published by women and for women and is full of practical advice, first-hand accounts and it should be a fantastic resource.

I started thinking about geeky heroes that young girls could identify with, especially in the realm of comic books. It struck me how even the superheros who were designed from ground up to be (at least to a degree) feminist icons, like Wonder Woman or She Hulk still prance around battlefields in bikinis, and are still expected to contort their bodies into impossible configurations to satisfy the male gaze. And then the new Batgirl with her “leather, not spandex” jacket, combat boots showed up. And she makes a terrific counter-point to the common, sexed-up-vixen costumed female hero stereotype. She is not someone’s sidekick or a background decoration, nor is she some idealized icon. She is a character with quirks, flaws and an Instagram account full of goofy selfless.

And then, Marvel went “that’s cute” and dropped the news that Thor is now a woman. 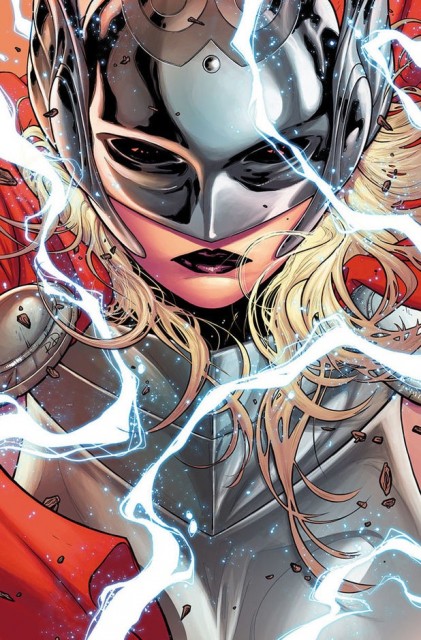 This is Thor, deal with it.

That’s the big thing that I mentioned at the beginning of the post that has eclipsed Batgirls cool new get up.

I didn’t get just one cool female superhero this week. I got two, which is absolutely fantastic. As neat as Batgirl’s new costume and attitude might be, female Thor is real big news. Thor has always been sort of archetypically masculine and never actually had a proper distaff counterpart (Thorl Girl doesn’t count, right?) which makes him a perfect choice for this sort of gender swap. It is a bold statement which has been rippling throughout the community. My Twitter feed is full of comic book nerds, many of whom no longer follow the adventures of Marvel superheroes on paper, but this past week I have seen countless excited tweets about this development. Everyone has an opinion, and folks who have not bought a comic book in decades are now ready to jump back into it, even if only temporarily to check out this new development.

This plays into another thing I’ve been pondering recently: who is Marvel’s equivalent to Wonder Woman? DC and WB went on record saying they are too chicken-shit to make a modern Wonder Woman movie (which is probably for the best, considering the quality of post-Nolan DC movieverse) so Marvel can easily beat them to the punch. But which female super-hero could carry a solo movie of her own? The closest conceptual match to Wonder Woman we probably have is She Hulk but she is nowhere near as popular as the Amazonian queen. Not only that, the Hulk doesn’t translate well to the silver screen, unless written by Joss Wheedon and allowed to beat up Loki. If I had to pick the most iconic and popular Marvel heroine that people who are not into comics heard about, I would say Storm, but Marvel does not own the movie rights to her. We do have Black Widow, but she kinda lacks in the “super” department. This might be just wishful thinking, but I can’t help but wonder if this is Marvel’s way of strategically positioning themselves in such a way, that when DC eventually does make a fumbling attempt at a solo Wonder Woman feature, they will be able to respond in kind with “Thor 4” or whatever.

Chances are that angry comic dudebros will get their way eventually, and at some point Marvel is going to return Thor to the default male version. But you know what? This will still be cannon. We will always have this run where Thor was a woman. And that’s pretty great. I might be able to give my niece a Mjolnir toy one day, and she will be able to associate it with an A list Marvel hero who is like her, and who she can easily identify with. Not a distaff counterpart, not a sidekick, not a side member of a superhero team, but a fully fledged solo protagonist of a long running series.

Also, this happened, which is equally exciting: 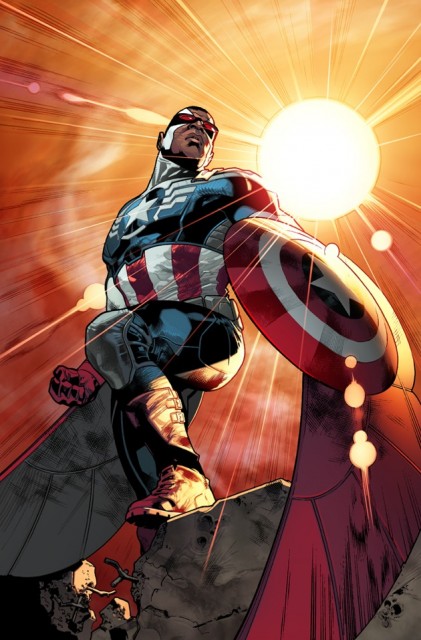 I might be reading too much into it, but there is a lot of symbolism here. Think about this: Steve Rogers has been the embodiment of the American spirit for decades now. He was our best superhero, and the only one we saw fit to wear our flag as a costume. He was also a white man with blond hair, who was a member of the greatest generation. He is now passing his shield and costume to a black member of gen x. This is the passing of the guard, from old to young, from a place of privilege to that of none. This is great.

Granted, this is not entirely unexpected. Marvel has been experimenting with diversifying their super hero roster for a number of years now. People who were blindsided and outraged by the Thor and Cap announcements this past week must have slept through the time Miles Morales became the Ultimate Spider-Man, Kamala Khan became Ms. Marvel and Carol Denvers took over the mantle of Captain Marvel. Then again, those were less prominent fringe titles, whereas Captain America and Thor are established mega-heroes with their own movie franchises. The fact they are willing to make these changes to their most precious and valuable heroes indicates that they are done “experimenting” and are now committed to creating a diverse setting that’s open and welcoming to everyone, and not just white males.

I know that comic books tend to go in these cycles of good and bad periods. I see this as one of the good ones. Marvel is doing something really cool here: it is trying to break the mold and is actively working to subvert age old tropes, and go against stereotypes. Ultimately we all win, because having more diverse hero roster will allow them to tell new and interesting stories and approach old subjects from new perspectives.

This entry was posted in comics and tagged marvel. Bookmark the permalink.


3 Responses to This is Marvelous