Michael Bay’s Tr4nsformers came out few weeks ago and judging by the box office numbers, every man woman and child in the country has seen it at least once already. This includes me unfortunately. Sometimes you’re out with friends, and they really want to see a bad movie, and you just get roped into it. That said, you might have noticed I resisted live tweeting that atrocity. I am currently resisting the urge to review it. Which is not that hard actually.

I literally have nothing to say about it other than that it was utterly forgettable. Michael Bay is really good at manipulating movie building blocks such as tropes, stereotypes, archetypes, pop-culture references, set-pieces and action sequences into functional entertainment spectacle that is almost like a real movie but completely devoid of any kind of consistent message. He is like a human Markov chain generator blindly remixing pop culture into original scripts.

The movie is artless, sexist, racist and problematic on many levels, but so are most of the other blockbusters that came out in the last few months. This is of course not an excuse, but I’m no longer sure if he is actually the worst offender, or just the most visible one. Or perhaps it is because he does not seem to have any filter or creative oversight, and so his prejudices can flow freely onto the celluloid without him ever giving them a second thought. Which further cements his image in my mind as some alien robot who has learned to efficiently manipulate movie tropes into configurations that focus test very well, but who does not really understand their context or implications.

Have you ever seen that episode of TNG where Data is trying to learn how to do stand-up comedy but he can’t quite get it right because he does not fully grok humor? I think this is kinda like that. Bay has nothing meaningful to say about human condition. He is not interested in having his movies stand for anything or explore any high concept ideas. He is primarily interested in creating a compelling visual spectacle, and he uses whichever human emotions, notions, ideas or moral truisms that seem to be appropriate for any given scene, without any deeper awareness or insight. He uses them like he uses product placement, carefully arranging them between explosions for maximum effect and exposure. At the end of the day, there is nothing wrong with that but it makes for a rather empty experience. 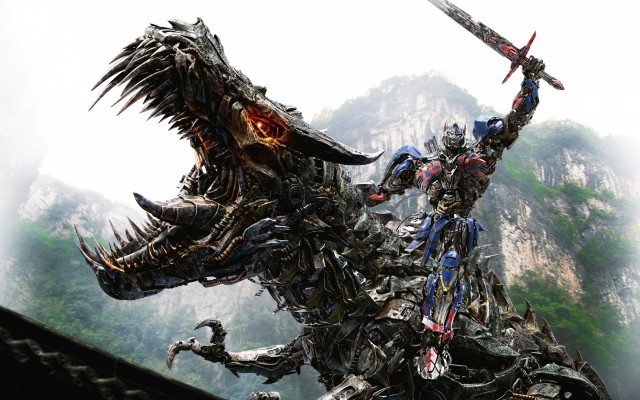 I left the movie theater wandering how a film with so many explosions could be so utterly boring.

But I can no longer blame Bay for this. I used to think of him as the embodiment of all that was wrong with the movie industry. But can we really blame him for making the kind of movies that people really, really want to see? Can we really blame him for not wanting to be an artist, when each of his soulless, artless productions makes him barrels of money, and bring joy to millions of movie goers around the world?

Regardless of the objective quality of his movies, Bay is definitely an auteur. He has a very distinctive style, that is unmistakably his. It is artless, soulless, commercial, prejudiced and vulgar but it is unique to him alone. If anything, he is consistent. We all know this: especially those of us who write movie reviews. And yet, we still go to his films, we still live-tweet them and write blog posts feigning shock and disgust at his latest exploits. And for what? It has already been established that Bay’s long running franchises are immune to criticism. Regardless of how many thumbs down and one star scores they receive, people will still go to see them in droves. In fact, the venomous, negative reviews help to build the hype for his movies. Among the folks who pay to see Bays films there are those who genuinely enjoy them, and then there are those who watch them out of morbid curiosity.

At this point in the game, calling Bay out seems almost counter productive. Movie critics treating Bay movie reviews like performance art, competing with each other trying to invent the most innovative and hilarious ways to trash his work only draws more attention to his work. When the internet reviewers unite to spit on the latest installment of his silly 3 hour toy robot commercial, average Joe can’t help but wander what is this all about. Our vitriol and hate only fan the flames of morbid curiosity that pushes people to spend money on something that is only vaguely entertaining at best. So I’m just not going to feed into this vicious cycle.

I’ve seen it and it was awful, but you already knew that. You knew it was going to be awful long before the movie even came out.

I’m not saying that we should stop calling out movie makers on the things they do wrong. I’m not saying we should stop reviewing all bad movies. All I’m saying is: look, this is a long running franchise which started bad, got worse, made loads of money anyway, and whose creator is not interested in changing or improving the formula. What can we really say about it that was not said in the reviews for the last three installments of the series? At this point the most constructive way to approach Transformers reviews is to use them to psychoanalyze Michael Bay’s weird personal quirks and hangups. But even that shtick is getting stale these days, because does not vary his game at all. There are new revelations there to be had, and the whole thing starts to border on ad hominem attack on him as a person. So what’s the point?

Ditto for the upcoming TMNT movie which looks just as loud, hideous and artless as Tr4nsformers. I highly doubt that there is anything one could possibly gain by reading or watching a review of it. Unless of course you are into critics feigning shock for the sake of comedy or find the annual ritual of Internet Bay Bashing to be cathartic in some way.

Instead of complaining about the silly robot or turtle movies, let’s talk about things that may be worth watching. For example, has anyone seen Snowpiercer? I have yet to see it, but from what I heard this is the movie we should all have seen instead of Bay’s robot extravaganza. I had it described to me as a blend of Hunger Games and Those Who Walk Away from Omleas with plot hooks of Speed (if Speed was actually a good movie) and raw brutality of The Raid 2. I think you will agree that is a hell of an elevator pitch.

Aubrey Plaza has a new dark comedy Life After Beth coming out which puts a new and original spin on the old and tried zombie movie tropes. Terry Gilliam has quirky and off-beat Zero Theorem due to drop soon, and it will be worth watching because… Well, Terry Gilliam. Even when he fails he fails in interesting ways.

We are also days away from the premiere of Guardians of Galaxy which I am really excited for. It’s not just because it is another Marvel movie (and those have not been bad since The Hulk), or because it has all of my favorite actors in it. I think I’m most excited for the fact that if it works, if it becomes a box office success, then it will open up the door to the crazy-ass SF side of the Marvel comic-verse with it’s larger than life villains, and epic plot lines. The success or failure of this movie will heavily influence the direction Marvel is going to take with Phase Four movie batch, and will ultimately play into the post-Avenger planning discussions they are doubtlessly already starting to have.

What movies have you watched in the past few weeks? What movies are you excited for?