I have spent an entire weekend binge watching Daredevil on Netflix and I have some thoughts about it. I will try not to include any major spoilers here, but I will talk about general story elements so it could be spoiler-ish if you really want to go into it “blind”. And yes, that was a tasteless pun. I apologize. 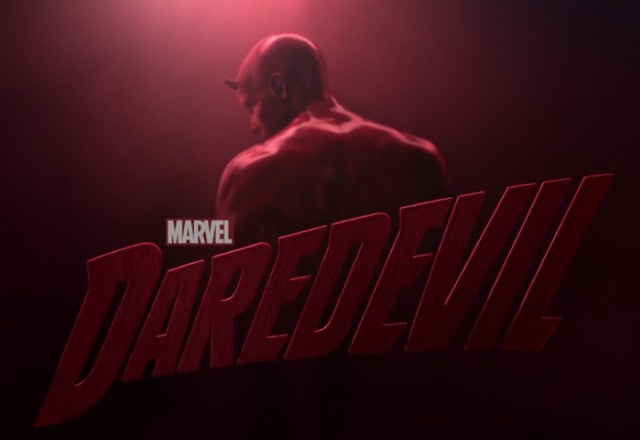 Firstly, thank god someone took another crack at this franchise. For a while there, I thought that Ben Affleck’s movie has tainted it beyond repair. The Netflix series is a much appreciated palette cleanser which hopefully will allow all of us to enjoy the adventures of the man without fear without cringing.

Secondly, I love that this series is part of the MCU and thus allowed to reference the events of The Avengers movies. It is a small thing, but it makes me happy when characters in a superhero story mention other costumed crime fighters. It is also worth mentioning that some of the plot threads in the series thus far might be tying into the upcoming Iron Fist also produced by Marvel/Netflix. The fact that everything in the MCU is interconnected, and only will become even more tightly intertwined in the upcoming years fills me with a nerdy glee. And of course it will be fun to watch young geeks who grew up on MCU have a complete meltdown when the Disney/Marvel decide to reboot the entire universe a decade from now. But that’s a topic for a whole other post.

I found the pacing of the series a bit odd. It works as a cohesive whole, and in retrospect I do appreciate the amount of effort put into making this into a dual origin story. We not only get to see how Matt Murdock became the Daredevil, but we also see the downfall of Wilson Fisk and his transformation into Kingpin. The fact that the series could take thirteen episodes before Murdock actually dons the iconic horned costume is probably a unique function of the Netflix production format. Netflix knows that people use their service to binge watch series, so they could hold back the costume, and the big revelations until the very end of the season.

When I was watching it, however I had my doubts. For a time I was worried that they are going to go the Arrow route and act like they are slightly ashamed of the source material. For the record, I only seen the first season of Arrow and while watching it, I was amazed how much effort the writers put into making sure that the words “green” and “arrow” would never be uttered without at least few buffer words in between. Nine episodes into the thing I was really worried that in this reality the man without fear will just be “The Man in Black Mask” whose nemesis is entrepreneur Wilson Fisk. Which, let’s face it, does not have the same ring as “Daredevil vs Kingpin”. Especially since this is MCU we are talking about: a shared universe in which costumed heroes already exist. When you’re part of MCU being afraid of colorful spandex tights seems silly.

Fortunately, my fears were unfounded and the slow ramp-up paid off in the satisfying finale. Granted, the mask might need some work… I honestly don’t know why the Marvel costume designers are still so reluctant to do faithful reproductions, and insist on sticking armor pads, belts and pouches on every outfit. I mean, Spiderman has been rocking spandex since he got his big break in the movies, and no one complains. As much as I hated the Ben Affleck movie, I think that costume was pretty OK, all things considered. But that’s just me.

The pacing issue is probably my biggest gripe with the series. I almost feel like they could have wrapped the entire arc around episode six or seven and then move onto something more interesting. But I guess they really wanted to have the status quo of the Daredevil universe established in the season finale, and so we got bunch of filler to pad out the episodes. It is the good kind of filler, mind you, full of character development and foreshadowing.

My other complaint would be that the story in general, seems a tad redundant. The city is drowning in crime, and one honest man decides save it against impossible odds. If it sounds familiar, it is probably because you have already seen it in the Dark Knight, Arrow and Gotham. Then again, this is the archetypical masked vigilante origins arc, and it does to a degree follow Frank Miller’s Man Without Fear series. There is a lot of interesting stuff in the Daredevil lore they could have tapped into, like the crazy ninja clans for example. They did touch upon some of that, and hints were dropped, but it was not necessarily a major focus of the Season. Perhaps they were afraid of diluting the main story arc with too much weird stuff at once. So I kinda understand why they chose to tell this particular story and not the other.

One thing that separates this series from all the other ones that I mentioned is the fact that when Matt Murdock takes a beating, it really does feel like he is getting hurt. The fight choreography is excellent in that it succeeds both at conveying the idea that Matt Murdock is an exceptionally skilled martial artist, but also every single fight feels like a brutal, bloody and painful slug fest. Most on-screen heroes will take a punch, or get their wind knocked out of them now and then. Matt Murdock gets bloodied and bruised every time he dons his suit. This makes what he does all the more dramatic, and his wins all the more earned. I especially enjoyed the corridor fight from one of the early episodes, which (I think) was a homage to the iconic fight scene in Old Boy.

I already mentioned that the series heavily focuses on Kingpin and Vincent D’Onofrio is doing an excellent job portraying him by threading the line between awkward and imposing. He is sufficiently different from the now iconic Michael Clarke Duncan incarnation (general consensus is that Duncan’s Kingpin was the only good thing about that film) to seem like a separate character rather than an off-brand knock-off. D’Onofrio’s kingpin actually seems more dangerous because of how unhinged and disturbed he is, compared to the calm and self-assured Duncan version. He reminds me of Penguin from Gotham in that he can be both relatable and repulsive at the same time.

Deborah Ann Woll does a commendable job in a supporting role as Karen Page, though I keep expecting her to sprout fangs at any minute. I think it will take quite a while before I stop seeing her as “Vampire Jessica”. But that’s probably because I just finished catching up on two last seasons of True Blood a few weeks ago. I had to keep reminding myself that her character can’t just rip people’s heads off at a whim. I do like that Karen is driven, has her own arc and turbulent past, instead of being stuck with a “love interest” or “plucky secretary” type role, although for a few episodes it almost seemed like they will go that way with her.

I also like Vondie Curtis-Hall as the grizzled investigative reporter. When he showed up, I thought he will end up trying to expose Daredevil and end up in a quasi antagonist role, but was pleasantly surprised that this was not the case.

That said, it is worth noting that in mere 13 episodes, the series managed to kill off a number of prominent characters. It seems to be one of those shows that is not afraid to take risks and re-shuffle the deck to keep viewers on their toes. Unfortunately it does not help that most of the actors that won’t be coming back for Seson 2 gave really strong performances thus far. Let’s hope that Daredevil did not hobble themselves by removing too many interesting allies and villains too early.

I enjoyed the series. I wouldn’t say it is the greatest thing I have ever watched, and it is not the best of what Netflix has to offer, but it is pretty damn decent and entertaining. But regardless of what any of us may think about the series, Daredevil is now officially part of the MCU and that’s undeniably a good thing. Every hero they add to the roster makes the shared universe more interesting. Once a hero is enshrined in the movie cannon, they will never really go away, even inf their solo endeavor fails completely. Even if the Netflix series is a bust (and I don’t think it will be) Marvel probably won’t write off the hero. They will re-cast him and toss him into an ensemble feature, and leave it to their top tier writers to figure out how to re-contextualize him into something more palatable. This is exactly what happened to The Hulk. His solo movie tanked, but Joss Whedon managed to figure out a way to make the fans love Bruce Banner and his mean, green alter ego all over again in Avengers. So the man without fear has now a Joss Whedon rescue clause going for him.

Are you watching the series? What do you think?

This entry was posted in tv and tagged marvel. Bookmark the permalink.