On Black Widow and that Bro-tastic interview…

Avengers, Age of Ultron is almost upon us, and this means it is interview and promotion season for Marvel movie studios. Last Thursday, Chris Evans and Jeremy Renner (Captain America and Hawkeye respectively) were doing an interview as part of the scheduled media blitz, and then this happened:

Chris, dude, this wasn’t even half as funny as you are making it out to be. This should probably be a sobering reminder that the actors that portray some of your favorite heroes are most definitely not their characters. The clip above for example shows Evans and Renner sharing a definite “dudebro” moment and firmly placing their feet in their mouth. Definitely not cool.

And yes, I know it was “just a joke”. I also realize that they are not talking about Scarlet Johanson, that Black Widow is not a real person, and that a fictional character does not need her honor defended. This is not really the problem here. The problem is the culture which enabled this. Think about this: Evan and Renner were doing a promotional interview, end goal of which was to convince as many people to go and see their movie. And yet, within confines of that public appearance, during which it was their literal job to be on their best behavior, they felt comfortable making disparaging sexist jokes. Jokes that punch down at approximately half the viewing audience, and let the world know that dudes who play Captain America and Hawkeye think women who do not conform to the narrow behavioral scripts of sexual expression are “sluts” and “whores”.

It is the same culture that perpetuates the ridiculous double standards which were brilliantly highlighted in another promotional Avengers interview which took place only a day before the Evans and Renner fiasco:

It’s the same culture that facilitated Joss Whedon (a self described feminist) slipping up and inserting an off color proma nocta joke into an otherwise a fantastic scene in the upcoming movie without any push-back, or critique from the cast and crew:

You would think that at least one of the people involved in the movie would take Whedon aside and go “you know, while this is totally in character for Tony stark, do we really want to have rapey joke in our movie?”. But no one did, and for all we know this scene will be in the theatrical release. Because this is our status quo. This our normal.

I’m not trying to shit on Whedon here. In fact, I’m a big fan of his work. But he is only human, and he makes mistakes just like the rest of us. The problem is that when no one tells you about the mistakes you make, then you will keep making them. Which is why Joss, Evans and Renner all need various degrees of scolding, so that the franchise as a whole can improve. Because, god dammit, I need Captain Marvel to be good. This world deserves a female led super hero movie that is mind blowing. My niece deserves a kick-ass female super-hero role model with an actual costume and super powers, who is not anyone’s sidekick. But if we keep allowing the Marvel team to make these kind of goofs, then they are going to royally fuck it up come 2018.

It is true that Black Widow has been written as a sidekick character since she appeared in the MCU. That’s actually another valid criticism of the MCU which seems to push women into the background. It is also true that she has been portrayed as being overtly sexual. But, so what? Tony Stark has a reputation of a playboy and a ladies man an no one seems to hold it against him. In his case, it is seen either as one of his strengths, or at the very least as a lovable character quirk. I would argue that Black Window uses her sexuality in about the same way as, say, James Bond does: as a tool or a weapon. Both these characters are in approximately the same line of work, and both use their personal charm and sex-appeal to get the mission done. But only one gets shamed for it.

Perhaps, I was not paying much attention, but I don’t think I ever read her interactions with Hawkeye and Cap as overtly flirtatious. We knows that she cares for Hawkeye because they have worked in the past, and he is someone she grew to trust and rely on. In Winter Soldier she gets close to the Cap, but again, they’re not falling in love in that movie. They are learning to trust each other so that they can save the world. But shippers gonna ship, so I think the interview question was mostly precipitated by wishful thinking of the fans and the eagerness to see a love triangle emerge where one is definitely not needed at the moment. 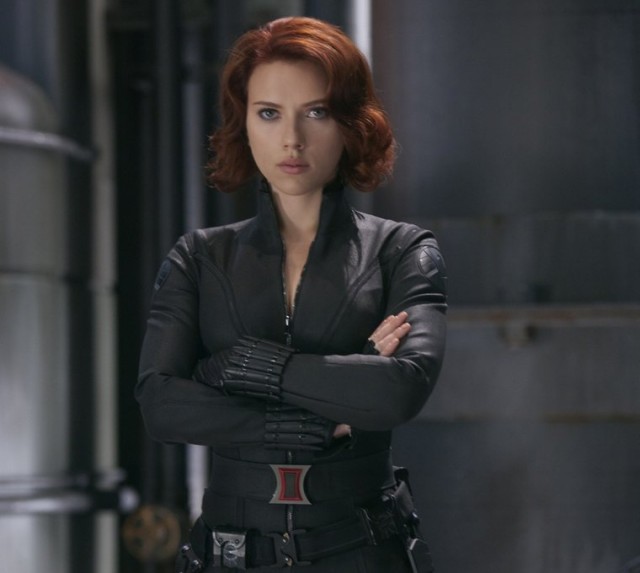 Black Widow does not approve of your sexist bullshit.

For what it’s worth, Marvel acknowledges the interview was a disaster. Both Evans and Renner released public apologies. Evans sincerely regrets what he said, while Renner sincerely regrets some people did not get his “hilarious jokes”. So there’s that.

This entry was posted in entertainment and tagged avengers, marvel. Bookmark the permalink.


2 Responses to On Black Widow and that Bro-tastic interview…