My old gaming rig has started to fall apart lately. Last year my video card blew up and took one of the PCIe slots with it. It took me a few weeks to sort it out. I purchased a replacement, and then it turned out that my PSU did not supply enough juice to power it. I returned it, and bought a less powerful card but could not get it to work because I did not know the bottom slot was fried, so I returned that one too. Eventually I figured it all out, re ordered a card but at that point Win7 decided it did not like the new hardware so I ended up doing a complete re-install. Fast forward a year and the machine died again, this time in even more disheartening way. After a half assed, failed attempt at replacing the PSU I gave up upon it.

So I bought a replacement: Alienware Aurora-R4. 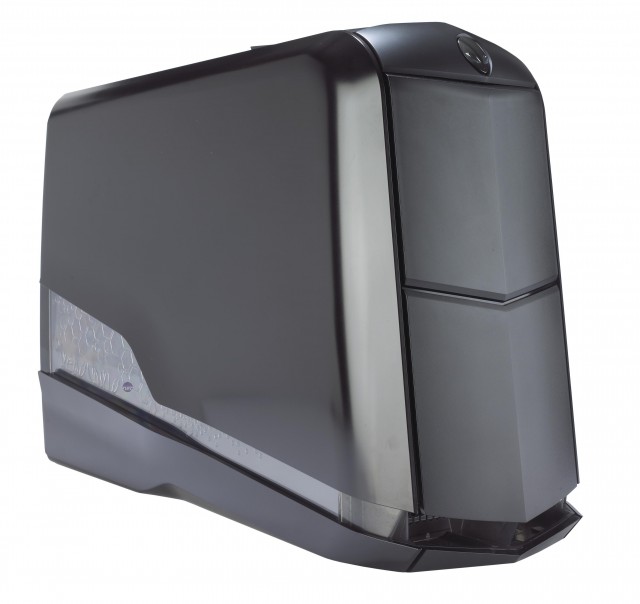 I know, I know – Alienware is the hallmark of the gamer n00b and all that. There might have been a time when I cared about that, but I think I’m too old to worry about my street cred. If anyone wants to revoke my gamer card, they are welcome to it. And yes, I probably grossly overpaid for the brand name but after futzing with unreliable hardware on my own for several weeks now, I just wanted something off the shelf and with reliable warranty. Dell support can’t diagnose problems for shit, but if you diagnose for them, they will reliably keep replacing parts until the damn thing starts working. That alone gave me a safe and fuzzy feeling of assurance in the midst of frustration. This probably wasn’t my best purchasing decision, but I did take advantage of one of their big sales events and got pretty decent hardware setup without having to take all the money out of my bank (you know, just most of it):

This ain’t a Titan setup, but it’s close to it so I should be able to play all the new games on high without too much headache. The old machine was starting to get a bit log in the tooth in the recent days. Both the new Thief and Metro were choppy even on the lowest settings. I didn’t particularly care for those games but I was starting to get worried I might get locked out of new releases I do actually care about – like new Elder Scrolls games, or new Bethesda properties “fixed” by Obsidian. This shouldn’t be an issue anymore.

The former gaming rig valiantly survived 5 years of almost continuous usage. I never really shut it down, and I specifically prevented it from going into sleep mode so that I could download torrents or run batch jobs overnight, or VPN and remote desktop into it when I was at work. Hopefully this machine will do equally well, though I might try to ride it a little bit less hard to extend it’s life a bit.

I’m mostly posting this here for my own future reference so that I have a rough idea when I bought this machine when it decides to break at some point in the future.

Next post will be a review of a game that I totally did not need this rig for. In fact I played it on my MacBook while waiting for this machine to be delivered.