Ocean at the end of the Lane by Neil Gaiman

I have been a huge fan of Neil Gaiman’s writing ever since I picked up some issues of Sandman. I thought that American Gods was brilliant and really established the author as an undisputed master of magical realism. Anansi Boys was funny as hell, which was an interesting spin on the formula and skewing it in a new interesting direction. His latest novel Ocean at the end of the Lane is more of the same type of magical realism, but with yet another spin. 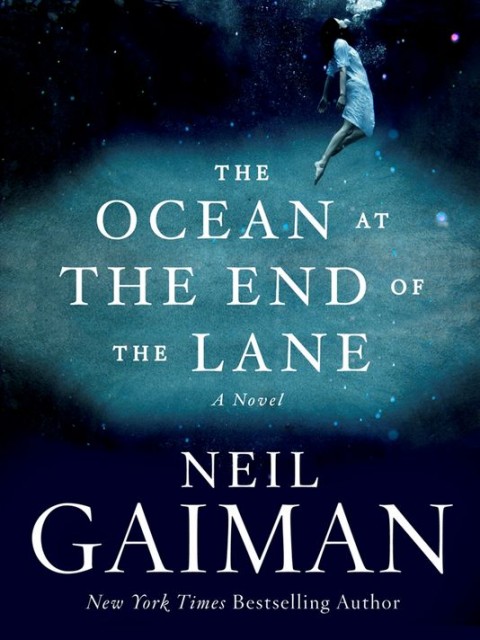 Ocean at the end of the Lane book cover.

After the silliness of following the misadventures of the sons of the trickster god, Gaiman’s latest novel brings things back around to a more serious, almost ominous tone. For all intents and purposes this short novel is a distillation of the modern fairy tale style that the author has been polishing for years. And as such it is almost perfect. While his previous works read as stories set in fantastic fairy tale like settings, this one reads like a genuine article. It is a modern folk tale for people with modern sensibilities, but as strange and fantastical as any old legend would be.

It follows a man who arrives at his home town for a funeral, and is instantly flooded by old childhood memories of certain event that happened when he was very young. He has forgotten all about it, or more likely discarded the memories as some feverish dream or trick of childhood imagination. But seeing the familiar surroundings brings those memories forward and he vividly recalls the time when he tangled with other-worldly forces.

I don’t want to reveal too much of the plot, because part of the fun of the novel is trying to figure out what is going on. Gaiman plays his cards close to the chest and only reveals what is absolutely necessary, allowing the reader’s imagination to run wild. Instead of using already established mythological creatures or entities he seems to invent his own but refuses to name them, instead always referring to them with mundane, earthly names or descriptive epithets. Despite that, these strange beings feel no less authentic and even more ancient than the gods and creatures from his past novels.

The novel is essentially a glimpse into the lives of some primordial Fae beings, older than the universe itself who choose to play humans and live simple, mundane and trivial lives here on Earth. And the more mundane and human they behave, the more mysterious and fascinating they seem because the readers know that there lies an ocean of unfathomable depth below that facade they put up when dealing with ordinary people.

The novel is shorter than the already compact Anansi Boys and this is partly due to the book’s narrow, almost laser like focus. Gaiman’s style is by no means minimalistic, but he describes and reveals just enough information to keep the plot flowing and make things interesting, but nothing beyond that. This storytelling style reminded me of City at the end of Time but with a much narrower, localized focus. He does not go on expository digressions or lengthy world-building dialogs. The rules of his universe are purposefully shrouded in secret and only revealed as the action progresses. This makes it a fast and almost effortless read. In fact the book is hard to put down once you start reading it. Gaiman draws you into his magical world right away, and starts increasing the tension and raising the stakes immediately afterwards.

If you are a Neil Gaiman fan, or would like to see how to masterfully merge a Fae folk legend with a modern setting, definitely pick this book up. I highly recommend it.

This entry was posted in literature and tagged fantasy, neil gaiman, review. Bookmark the permalink.